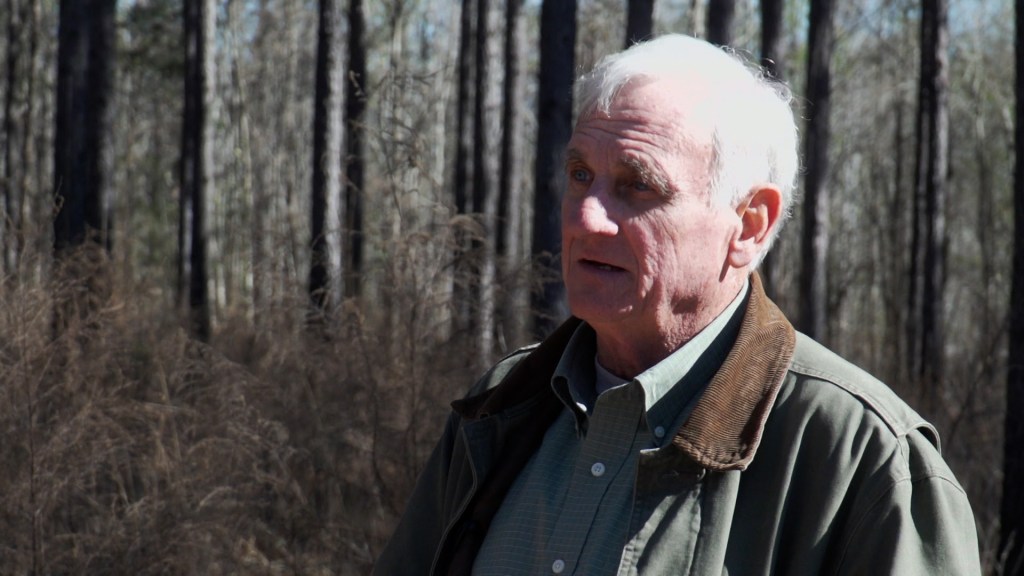 CUTLINE: Autauga County's John Boutwell during an interview with Simply Southern TV, which took place on his land in Butler County.

The show premiered locally on WAKA-TV 8 in Montgomery on Sunday, Feb. 20, at 10:30 a.m. and will be rebroadcast on national cable network RFD-TV the following Wednesday at 3 p.m.

The segment is part of The Alabama Farmer’s Federation’s year long program called “Down to Earth.” The purpose of the show is to help spotlight what farmer’s do to protect the environment.

The property in the segment has been in Boutwell’s family for a long time and is around 2,000 acres Boutwell said.

The land is used for many things but growing trees is the “Bread and Butter,” according to Boutwell.

“We also hunt here, I actually lease the hunting rights out which gives me some steady income coming in to put in the place, the family also enjoys recreationing,” he said “To be a tree farm you have to have a plan on how you are going to manage the place.”

According to Boutwell, the land has been a tree farm since the early 60s

“How does your farm help remove trees from the air,” Boutwell was asked.

“These trees are growing every day, and when they grow they take in carbon dioxide. They take that carbon and make wood out of it and let oxygen back out which is good for the environment.”

In an audit performed a few years back, the trees on Boutwell’s land was capturing seven tons of carbon per acre per year.

“I want people to understand that cutting trees is not a bad thing. We thin to help the health of the trees,” Boutwell said.

Boutwell said some of the trees from thinning went to make paper towels, toilet paper, and boxes. Next time, he said, they will go more for wood products like 2 x 4 and plywood used to build things out of.

Trees are not the only way he protects his land. Boutwell has a plan to keep the water fresh and uncontaminated as well.

“There are around eleven miles of streams here. We have a stream side management zone (SMZ). It is 50 to 100 yards wide and we never harvest in that area. We are always careful crossing the stream. We have pristine clear water here,” Boutwell said.

The episode,  808C Ask a Farmer-Carbon, can be seen at https://simplysoutherntv.net/.