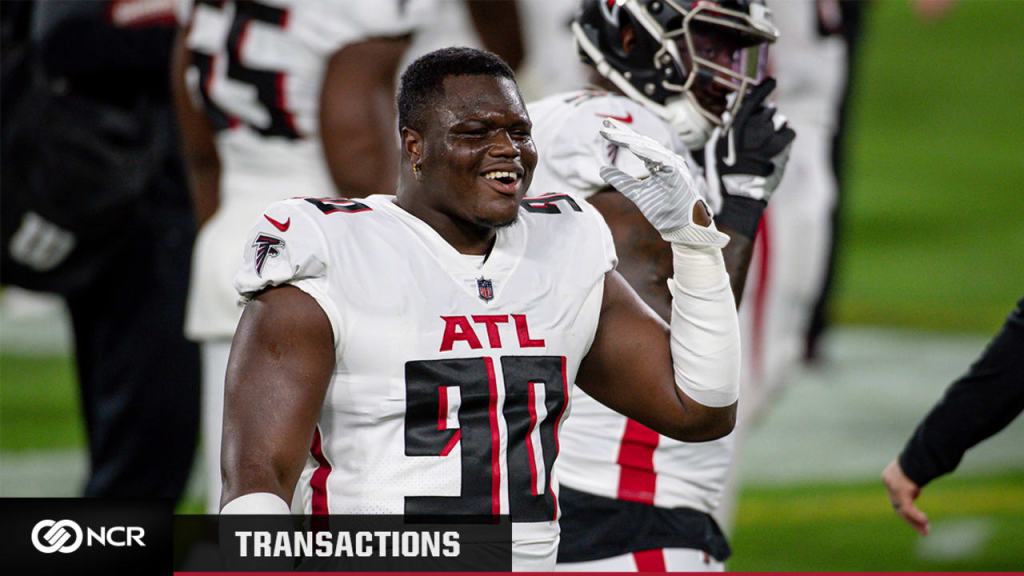 Marlon Davidson playing his rookie year in 2020 with the Atlanta Falcons. Photo from AtlantaFalcons.com

Marlon Davidson is ready to get back on the field after a rough rookie year where he battled himself and his body.

According to Scott Bair, Falcons’ digital managing editor, “Davidson is taking responsibility for a rookie year with the Falcons that went south, saying he got too complacent after being drafted No. 47 overall.”

“Football had always come easy for the 6-foot-3, 303-pound mauler, a five-star recruit out of Greenville, Ala. who became a star at Auburn,” Bair said.

The Falcons have high hopes that the Marlon Davidson they recruited will show up on the field.

“Davidson is one of the players best poised to take a major step forward in 2021 given how little he got to play a year ago, and he’s starting off training camp on exactly the right foot,” Dave Choate, Falcon’s editor-in-chief, wrote Sunday.

Davidson started in all 13 games and was the first freshman to start on the defensive line since 1985.

He continued his illustrious college playing career, making the All-SEC freshman team and becoming the SEC defensive player of the week during his sophomore year.

The Atlanta Falcons picked Davidson in the second round of the 2020 NFL Draft. Due to nursing a knee injury, Davidson saw little playing time his rookie year.

The season kicks off August 13 against the Tennessee Titans.