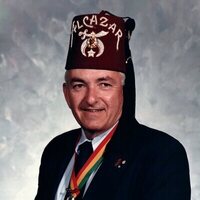 James  was an active member of Spring Hill United Methodist Church and served his community through many worthy causes.  He was a proud Mason at the Eureka Lodge in Greenville as well as the Worthy Patron of the Eastern Star.  He was a Shriner where he filled many roles as an Easy Rider, Fire Chief and Road Runner.  He was also a member of the Scottish Rite