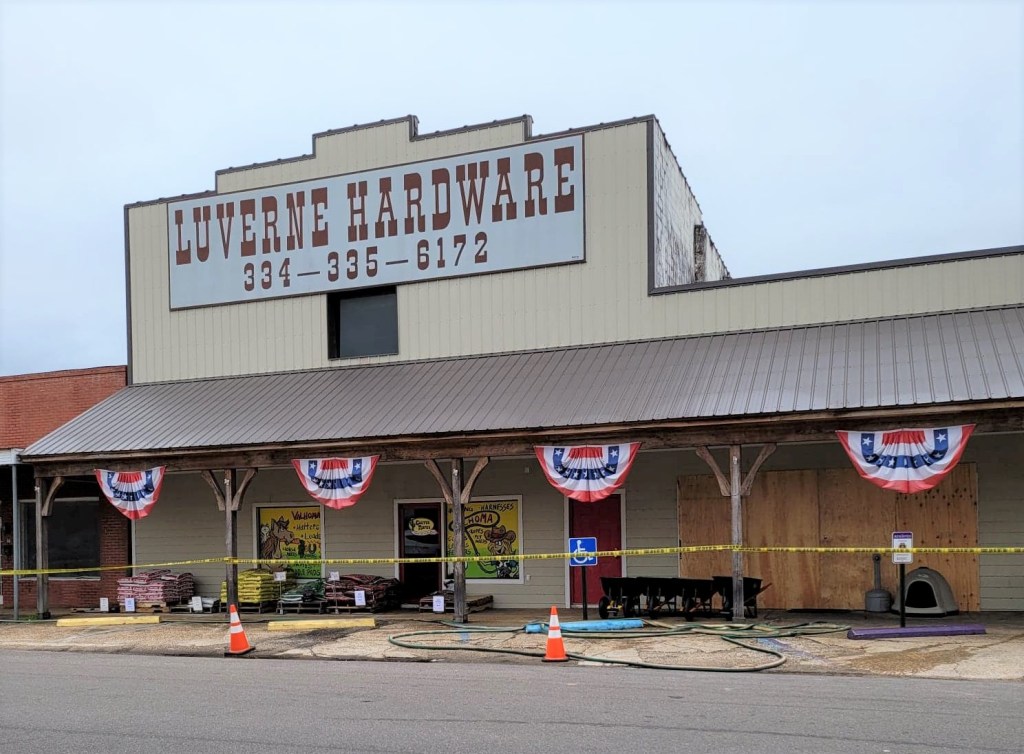 Around two am, a call came in to the Luverne volunteer fire department regarding smoke coming from a building on Forest Avenue in downtown Luverne.

The smoke was spotted by the Luverne police department early Tuesday morning.

The Luverne fire department dispatched and requested assistance from Rutledge, Brantley, and Honoraville fire departments. The firefighters were able to extinguish the flames and save the buildings structure. Heavy damage was sustained inside the hardware store.

Assistant Police Chief W. A. Neil said the entire operation was around a four hour operation.

The fire was determined to have started in the ceiling. Lightning is a suspected cause but the exact cause is still unknown.

Elliot Jones, Crenshaw County EMA, confirmed he was tracking heavy lightning in the area when the fire started.