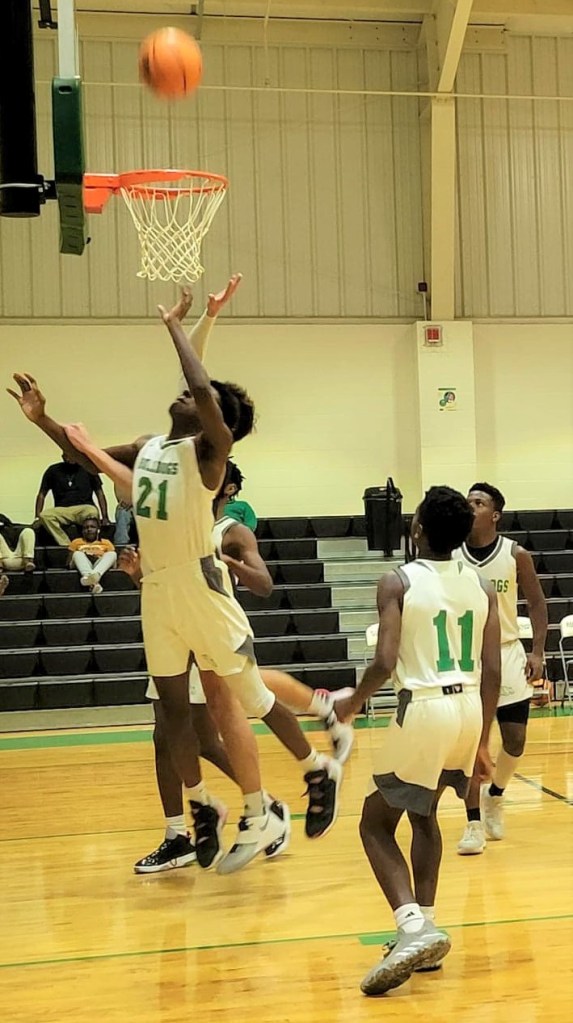 The Bulldogs ferociously defended their home court throughout the game, but the Tigers continued their attack resulting in an overtime ballgame. The Brantley Bulldogs were able push through with a final score of 72-66.

“Tonight was an old school Brantley/Luverne basketball game. Both teams left it on the court. I was proud of the way our kids competed and fought through some adversity” Brantley Bulldogs coach Andre Parks said.  “I thought it was fitting tonight that our two seniors Taye Person and Kenuwyn Dixon led the team down the stretch and helped secure the win. In different ways those two guys have grown into the closers our team needs and I couldn’t be more proud of them! “

C. Turner led the Tigers with 19 points, three of those made in overtime. L. Jordan followed with 15 points for Luverne.

Senior night was also celebrated at Friday night’s game. Yasmine Upshaw, Gabby Perkins, Kenuwyn Dixon, and Taye Person were recognized as well as Izzy Story who is the team’s videographer.

Due to players being quarantined, the Lady Bulldogs were unable to play Friday night.