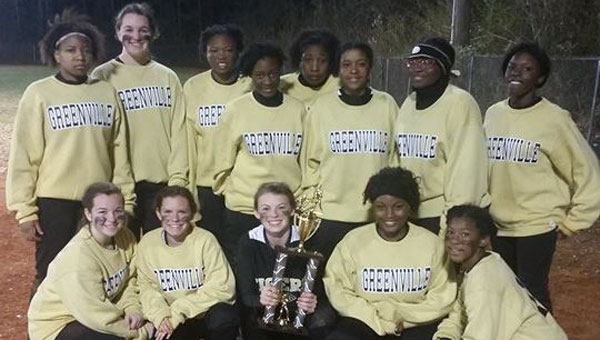 The Greenville junior varsity softball team finished in second place after a grueling 12-hour gauntlet with only one break in between games.

“We played 12 hours with only a one-game break.  They did a great job of staying focused and even when they were down 12-3 in their fourth game, they got on a hitting spree and won the game 16-11.

“That’s how you keep working regardless of the score. Coach Bell, Coach Meyers and myself were very proud of their first tournament performance.”

Izzy Foster, Mya Coleman and Julie Layfield made the shortlist of top hitters in the marathon softball session.

Foster and Coleman both connected on the plate for six of 11 times at bat, and Layfield finished with four hits of eight attempts.

Kaitlin Neese had a total of 13 strikeouts, while Foster chipped in with seven and Laura Beth Blackmon added two strikeouts to the total.

The Rotary Club of Greenville welcomed John Hartwell, Troy University’s athletic director, to highlight his vision for the future of... read more