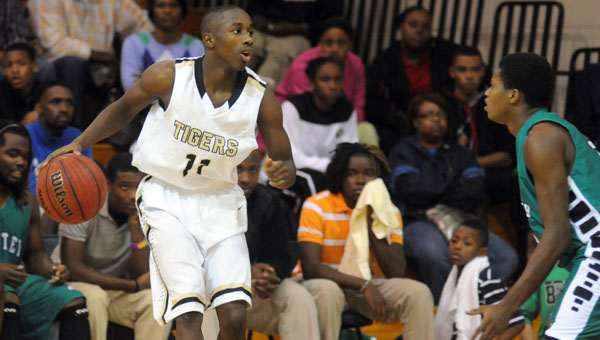 If absence makes the heart grow fonder, close proximity must have the opposite effect — at least when it comes to basketball.

Tonight in-county rivals Greenville High School and Georgiana School will face off on the hardwood in a game that feels more like a playoff game than an early season contest between teams from different classifications.

“Any time two institutions that are so close to each other play, there’s going to be a rivalry type feeling,” Greenville head coach Richard Kelly said. “My guys know all of their players, and vice versa. Georgiana has been a formidable team for so long. Coach (Kirk) Norris has built his program that way, and his boys buy into his philosophy, which relates to the success that they have had and are having.”

That success is due in part to staying focused on the next game, and Norris said that will be the goal tonight when the Panthers take on the Tigers, despite the hype that may surround the game.

“We try to focus on the next game on the schedule, whether its Greenville, Brantley High School or McKenzie School — (Class) 1A or 5A doesn’t matter,” he said. “We want to continue to improve each game and the most important one is the next one on the schedule.”

Norris said his squad, which will be undersized, will need to be physical to have a chance to top the Class 5A Tigers.

“We need to play aggressive and physical,” he said. “(Greenville) will be athletic and big. It will be important for us to show up and compete at a high level.”

In order for the Tigers to defeat the Panthers, Kelly said they must find a way to slow down Georgiana’s up-tempo attack.

“They run the floor so well,” Kelly said. “We have got to match their intensity and control the boards. They also shoot the ball well from the outside. We have to close out on their shooters. They have quick guards that play hard on both sides of the floor.”

Kelly said the Tigers must also find a way to get comfortable in Georgiana’s gym.

“They have a good fan base, which is a plus for them,” he said. “I’m just stressing to my guys that it is the same game, just in a different venue.”

Play will begin at 4 p.m. with B-Team action. Varsity girls and varsity boys action will follow.