FDA comes together for title winners 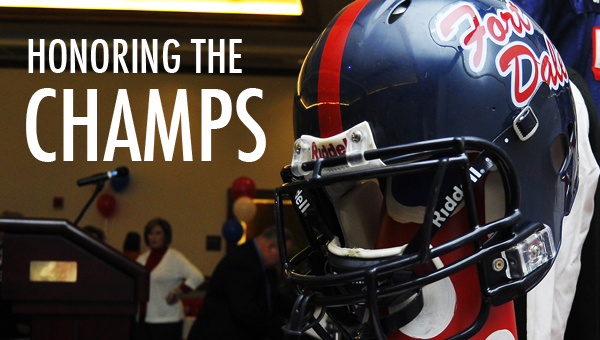 Fort Dale Academy had been preparing for this party a long time. And the school wasn’t about let the hour pass without a proper anointing of its first state champion football team.

Families crowded into the Wendell Mitchell Conference Center on Thursday night to celebrate a rarity at Fort Dale: a state title on the gridiron, something that’s eluded the Eagles for four decades.

And what for an encore?

“We look forward to doing this again next year,” said school Headmaster David Brantley, casting a sideways glance at head coach James “Speed” Sampley as ceremonies came to a close. “But no pressure Coach.”

Pressure? What pressure? Pressure for Sampley and the coaches came during the season as player after player started to fall by the wayside with injuries. Stuart Matthews sat out last year and came back as a senior to play wide receiver but was lost the second game of the year with a ligament tear in his knee. Fellow starter Eli Blackmon broke his ankle…in the same game. Quarterback Hunter Armstrong was not immune, suffering a high ankle sprain before the year even started and also injuring his hand midway through the season. Two starting linebackers, Brandon Matthews and Stephen Till, were knocked out of the final regular season contest against Edgewood with injuries. Till returned for the playoffs, Matthews didn’t.

By the close of the evening Sampley was apologizing for use of the word “injury” after state, county, and city proclamations had applauded the Eagles perseverance through the numerous concussions, bruises, breaks, sprains, strains, limps, tears…and so on.

What helped, said Sampley, is that Fort Dale was finally – somewhat – healthy in the state title game against Monroe Academy. Although some starters still weren’t 100 percent, (Till played the game in a brace – defensive coordinator Daniel Autrey said the senior linebacker’s injuries during the year made him think of a “taped together scarecrow), but the Eagles were as fresh as they had been since the first game.

They were also playing their best football.

“I don’t think we really did our best until to the first round of the playoffs,” said tailback Manny Norrell. “I think that was our turning point. We just played our best when the playoffs started.”

Fort Dale was an unlikely champion after losing to unbeaten Monroe 40-14 during the regular season.

“I told our players in the locker room after the game, I wanted to play them again,” Sampley recalled. “They looked at me like I was crazy.”

Sampley’s confidence obviously had rubbed off by rematch time.

“We knew we were going to win,” Norrell said.

“Those cats you got the win over? Thanks for getting them back for me,” said Blakeney who started his coaching career at Southern Academy in 1970. 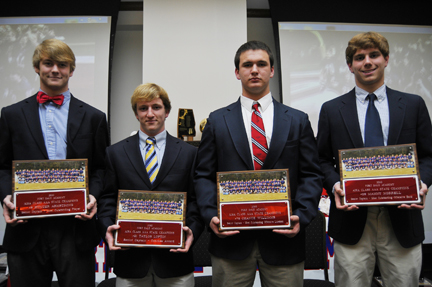 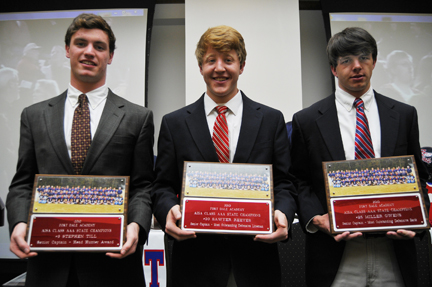