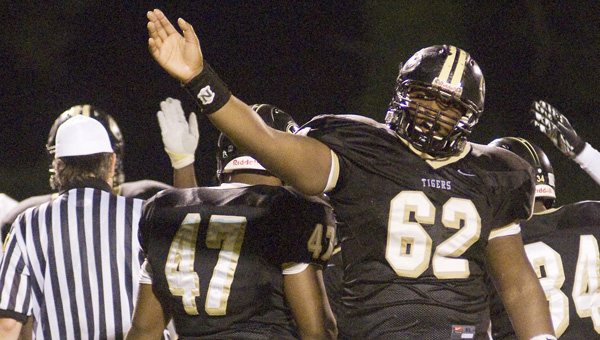 Greenville High School’s Anthony “Shaq” McMeans (6-3, 295) made the Class 5A All-State team on offense. McMeans, who primarily played offensive line for the Tigers, also played on defense. He anchored an offense that averaged 273 rushing yards and scored 35 points per game.

Joining McMeans was McKenzie’s versatile wide receiver and defensive back Emmanuel Johnson, (5-11, 180). Johnson played in the Alabama-Mississippi All-Star Game and is committed to Southern Miss. Johnson made the Class 1A All-State team as an Athlete.

In the AISA ranks, 2010 State Champion Fort Dale placed a pair of players on the team.

Starting quarterback Hunter Armstrong (6-2, 195) made the team as an Athlete, while senior Sawyer Reeves (6-0, 205) made the squad as a defensive lineman.