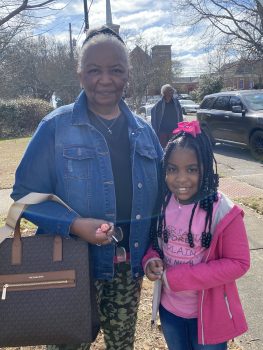 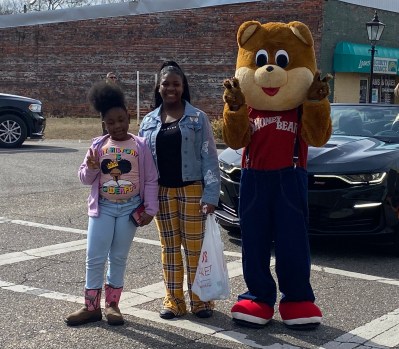 Jakiyah and Kamil Fleeton are pictured with the Shoney Bear. All three participated in the parade celebrating the life of Dr. Martin Luther King Jr. Photo by David Lovell 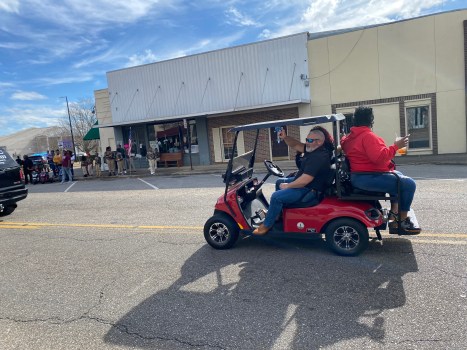 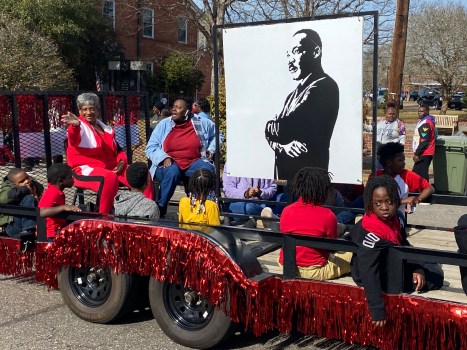 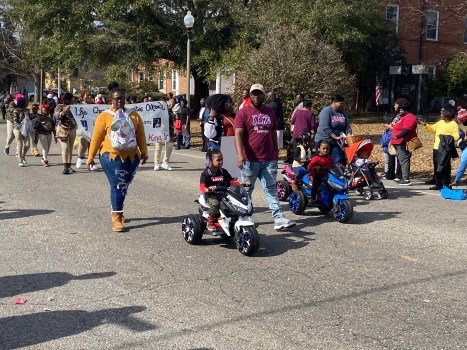 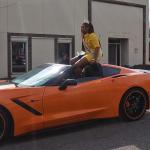 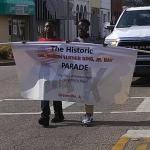 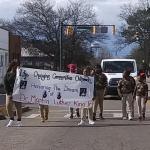 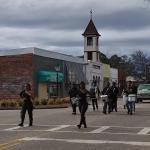 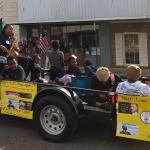 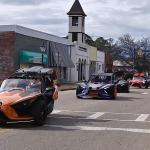 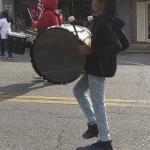 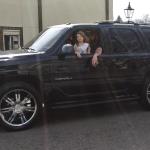 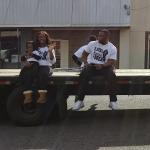 By David Lovell
The Greenville Advocate

Few things excite downtown Greenville more than a parade, and Monday was no exception. This parade differed from the Christmas and Halloween events normally held downtown as it was held to celebrate and honor the legacy of Dr. Martin Luther King. Jr.
The parade is organized each year by the Butler County Concerned Citizens which Robert Blankenship serves as president.
“Martin Luther King Jr. put his life on the line for people that could not help or speak for themselves and our organization takes that frame of mind,” Blankenship said.
Several groups took part in the parade including churches, schools, and local businesses. Groups from surrounding counties who drive and display classic cars also participated, as well as a group from Fort Deposit which came in honor of slain Lowndes County Sheriff John “Big John ” Williams.
Joyce Buskey who was the first Black Homecoming Queen selected at Greenville High School in 1972 attended with this year’s homecoming queen Taliah Williams marking a 50 year milestone at Greenville High School.
Many locals arrived downtown and waited as the parade moved east along Commerce Street.
Linda Coleman and her granddaughter Penelope Moorer were among the crowd.
“The parade has become a tradition in Greenville honoring Dr. King’s birthday, and Penelope and I are here to help celebrate this occasion,” Coleman said.
A group from Shoney’s in Greenville participated in the parade and included Kamil and Jakiyah Fleeton along with Shoney’s own mascot, the Shoney Bear.
“Martin Luther King Jr.’s legacy means freedom for everyone, not just people of color,” Kamil said.
Martin Luther King Jr. visited the Camellia City in December of 1965, speaking at Greenville’s Harrison Street Missionary Baptist Church four months after President Lyndon B. Johnson signed the Voting Rights Act of 1965.
Blankenship said that this event has grown each year since its beginning in 2019 and extended his thanks to all who participated in the event.
“I wish to thank everyone who participated and everyone who came out today to help honor our slain leader Martin Luther King Jr.,” he said.