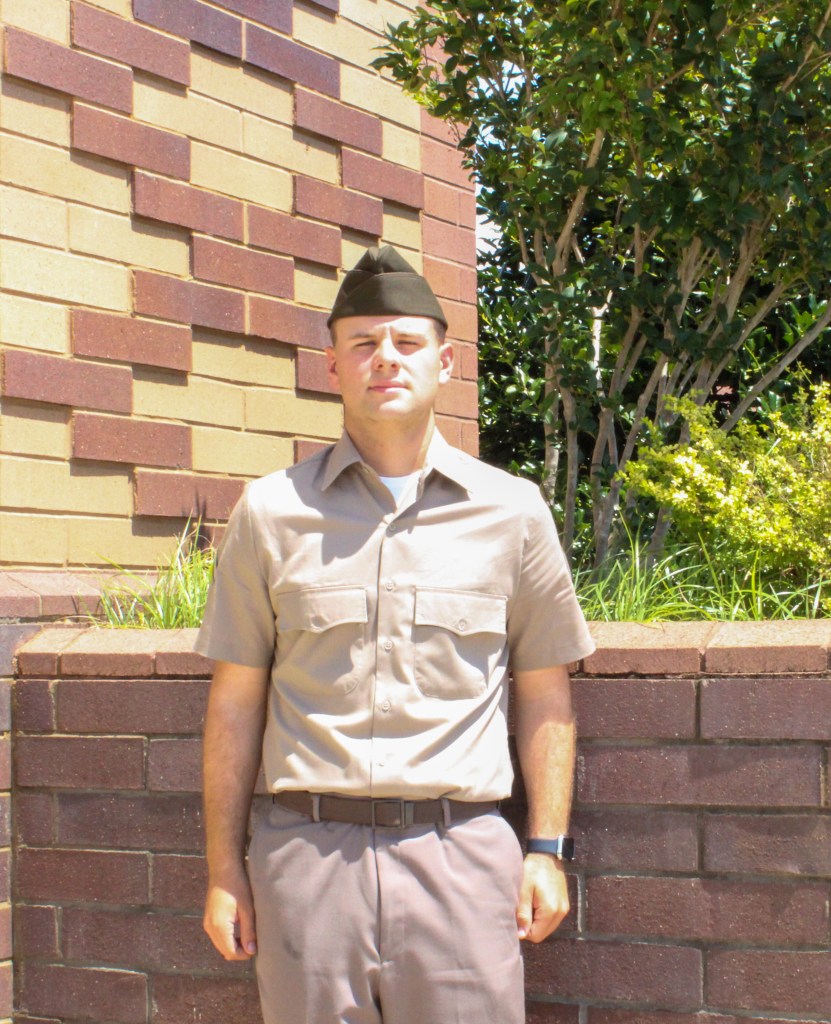 Jacob Pryor completed boot camp in Oklahoma over the summer, even though he hasn’t graduated high school. Photo by Christy Johnson

When classes started back at Greenville High School last week, senior Jacob Pryor was not there. He missed his last first day of high school completing and graduating from U.S. Army basic training at Fort Sill, Oklahoma.

Pryor spent 10 weeks in the hot Oklahoma summer running drills with his peers. He was the youngest in his camp.

Naomi Pryor, Jacob’s mother, said it was the longest 10 weeks of her life.

Pryor said his parents were very hesitant when he told them of his plans with the military. “That’s a big statement,” Pryor remembers his mom saying at his declaration. She encouraged him to think about it before jumping in.

“I was pretty set on it,” Pryor said.

He said mom came around after sitting down with the recruiter, U.S. Army Sergeant First Class David Taylor and discussing the pros and cons.

“I am lucky enough to have those kinds of parents that support me whatever I do,” he said.

Military has not been a family tradition Pryor was looking to continue. In fact, he said it is a tradition he hopes to start. 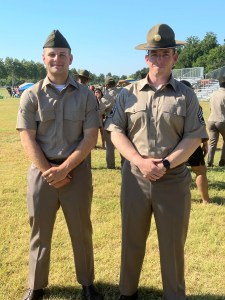 Pryor has a plan, and graduating boot camp before his senior year was just the start.

“I chose the Army because the benefits are way more than any other branch,” he said. “The Army National Guard is paying for my college. They are paying for most of everything, including room and board, so it is very beneficial for me.”

The Army National Guard will be Pryor’s home for the next eight years, he said. After that he is free to enlist in another branch. Pryor said that is something he will decide after college and his eight years are up.

In the meantime, he plans to study at the University of South Alabama and major in Marine Biology. He is already SCUBA certified.

After he graduates high school, Pryor will start out a rank higher than others just starting and he already has boot camp out of the way.

“I will start out as an E2,” Pryor said. “After I graduate high school, I will get private first class. After I complete AIT, which is job training for the Army, I will get the rank of specialist.”

“He earned his Boy Scout Eagle Scout rank at 14 years old, and has been in JROTC at GHS since ninth grade.” she said. “Jacob has always appreciated and respected those that serve, and is very adept at the rigor and demands of the military and its expectations.” 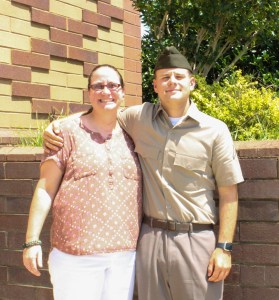 Jacob Pryor and his mother, Naomi, pose for a picture outside GHS. Photo by Christy Johnson

Col. Alan Hester, JROTC director at GHS, said only one cadet per year in the past four years has attended boot camp prior to graduation.

“While it is rare, it is open to all qualifying juniors who can do the split option,” he said. “I am so very, very proud of Jacob Pryor. He is our Battalion Commander, leader of our entire unit, drill commander. For him to be able to see how it is done in the Army, and then apply it for our JROTC Battalion will help us grow as a unit tremendously.”

Hester has seen Pryor grow and learn in JROTC for the past four years.

“He has gained in confidence and leadership abilities, but Jacob is one of those guys who frankly started off with a lot of potential. Without a doubt,” Hester said.

Graduating boot camp before graduating high school is not the norm, and Pryor’s parents said they couldn’t be more proud about their son’s accomplishments.

“We are so impressed with his decision to do what is called ‘split ops’ when he signed up with the Army National Guard,” Naomi said. “This has been his decision for what is best for his future, and his father and I have been cheering from the sidelines the whole time.”

Naomi said she shed several tears on the way to the graduation ceremony in Oklahoma, but more than anything, she said she felt pride.

“Pride. Just absolute pride and awe,” she said. “He may look like a grown-up, but as a mother, I see my little boy, and to see my little boy stand proud and accomplish something even grown men can’t do was just inspiring. After having not seen him for over 10 weeks, his father and I couldn’t wait to hug him and tell him in person how proud we are.”

Pryor said completing boot camp early was absolutely the best decision he could have ever made.