A shining light in the dark 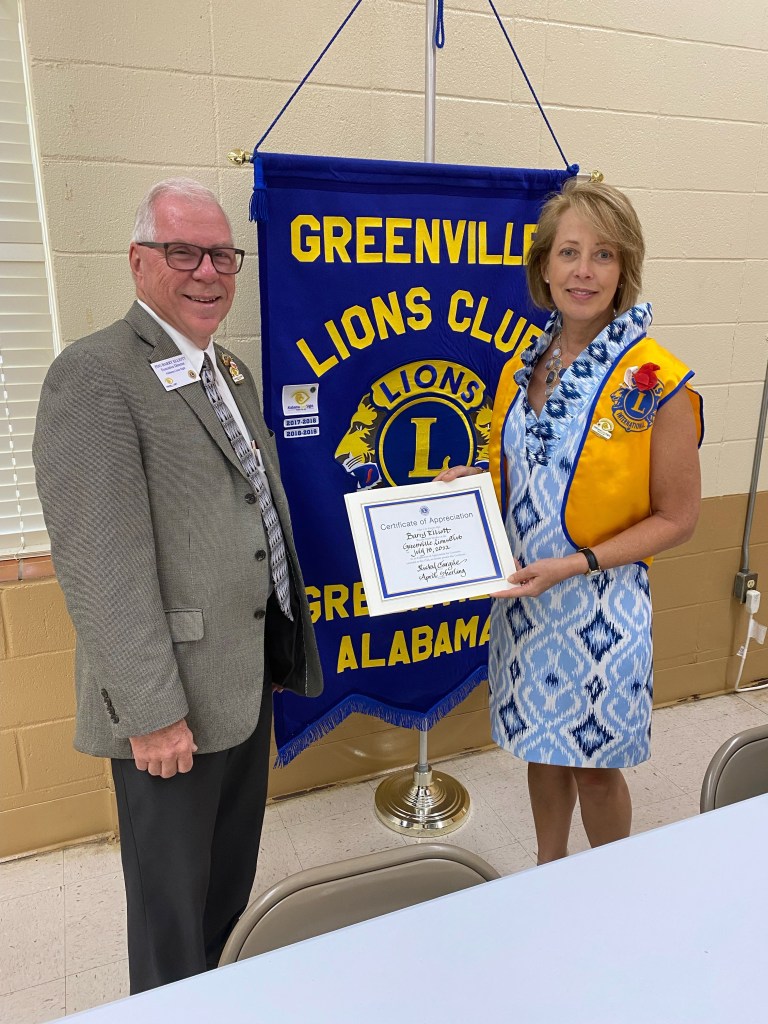 He spoke of the Lions accomplished past but said he believes the Lions have a very promising future ahead of them.

When Elliott became director, he started a quest to receive state funding to provide free vision screenings. The amount of politics involved in his quest was something he said he learned along the way. Elliott told the Lions that he was unsuccessful in his quest but not defeated.

“Along the way, I am happy to report, we made a lot of friends and people became very interested in the work that Alabama Lions sight was doing,” Elliott said.

Alabama Lions Sight moved in a new direction and started the Mobile Eye Clinic. The program began in 2016 and have seen about 9400 people throughout 23 counties.

“Last year we had a record number of people we saw in a year’s time even though COVID was still part of last year,” Elliott said. The Mobile Eye Clinic served 1,791 people during 2021.

“What you are providing with your donations to Alabama Lions sight to keep this program in operation has helped more than 500,000 people in those seven to eight years with vision care, whether it is a pair of glasses or advanced eye care,” Elliott told the Lions.

The Greenville Lions Club was a crucial part in Alabama Lions Sight raising enough funds to purchase a second Mobile Eye Clinic truck which will allow them to serve even more Alabama counties.

“The first truck allowed us to serve 1/3 of the counties in Alabama,” Elliott said. “With a second truck, we can serve 2/3 of Alabama. We are on our way to covering the whole state!”

The Lions Club became “crusaders against darkness” following a speech by Alabama native Helen Keller give in 1925 at the annual International Association of Lions Clubs in Ohio. Keller asked those present “to you, you who have your sight, your hearing, you who are brave and strong and kind, will you not constitute yourselves knights of the blind in this crusade against darkness?”

Alabama Lions sight was formed in 1944. Alabama Lions members saw a need for vision care for those that could not afford the care on their own. The organization provides funds for eye screenings, diagnosis, and treatment of eye diseases and defects for those who would otherwise go without care.

The Alabama Lions Sight organization is funded completely by the Lions Clubs of Alabama, and donations from corporations, foundations, and communities across the state.

To learn more about Alabama Lions Sight, or to make a tax deductible donation, visit www.alabamalionssight.org.