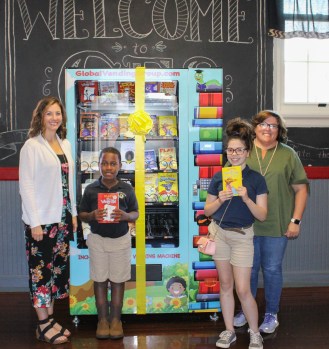 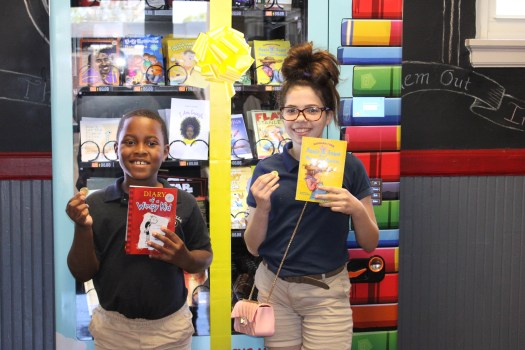 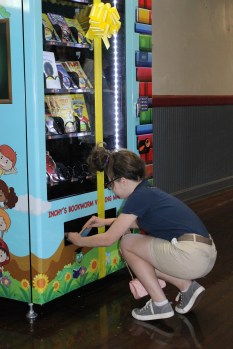 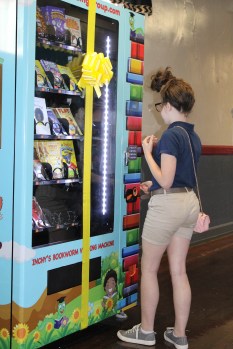 Saniah Springer is picks out her book reward from the vending machine. Photo by Christy Johnson/The Greenville Advocate 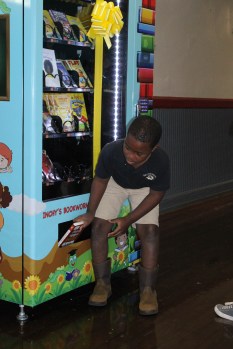 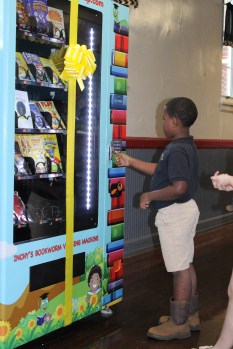 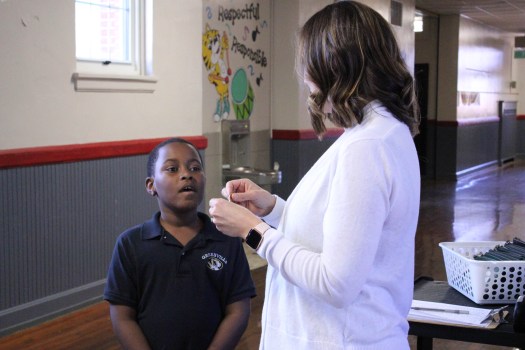 MyTayvion Simpson learns from Librarian Shera Stinson that he will be the first person to get a token for a new book.Photo by Christy Johnson/The Greenville Advocate

The school was able to purchase the vending machine through a grant received from Mid-South RC&D in the amount of $5,600. The machine cost approximately $5000 and the additional $600 went towards books to fill the machine. The machine can hold approximately 270 books and took 18 weeks to arrive.

The vending machine does not take money, but rather tokens that the students can earn through several ways. Some of the ways to earn a token include exhibiting excellent behavior, having perfect attendance, being selected as a Student of the Month, and more.

“We really want to promote literacy and good behavior,” Shera Stinson, Library media specialist, said. “We really want to focus on rewarding kindness, working hard, and even improving grades. With kids being on devices so much these days, I wanted to give them a physical book of their very own to enjoy.”

Stinson has been the librarian for eight years. She said the kids have been very excited about the book vending machine.

“The kids saw it and of course they wanted to know how much the books cost,” Stinson said. “I told them they are free but you will have to earn a token for it.”

Two special students, third grader MyTayvion Simpson and fourth grader Saniah Springer, were given the honor of being the first students to earn a token and pick out a book of their own. Neither student knew they were chosen to be the first to use the new machine.

Simpson was visibly excited to pick out a free book. Stinson said according to Simpson’s teacher, he has really been trying hard to turn his behavior around and the gold token for a new book was a great reward. Simpson picked out the first “Wimpy Kid” book.

“This is all I’ve wanted,” Simpson said tearing up.

Springer received her token for her excellent behavior. She picked out a “Junie B. Jones” book for her reward.

Stinson said the books will most likely be refilled using title 1 money if available. If not, then fundraising money such as Book Fair proceeds may be used to keep the machine full.