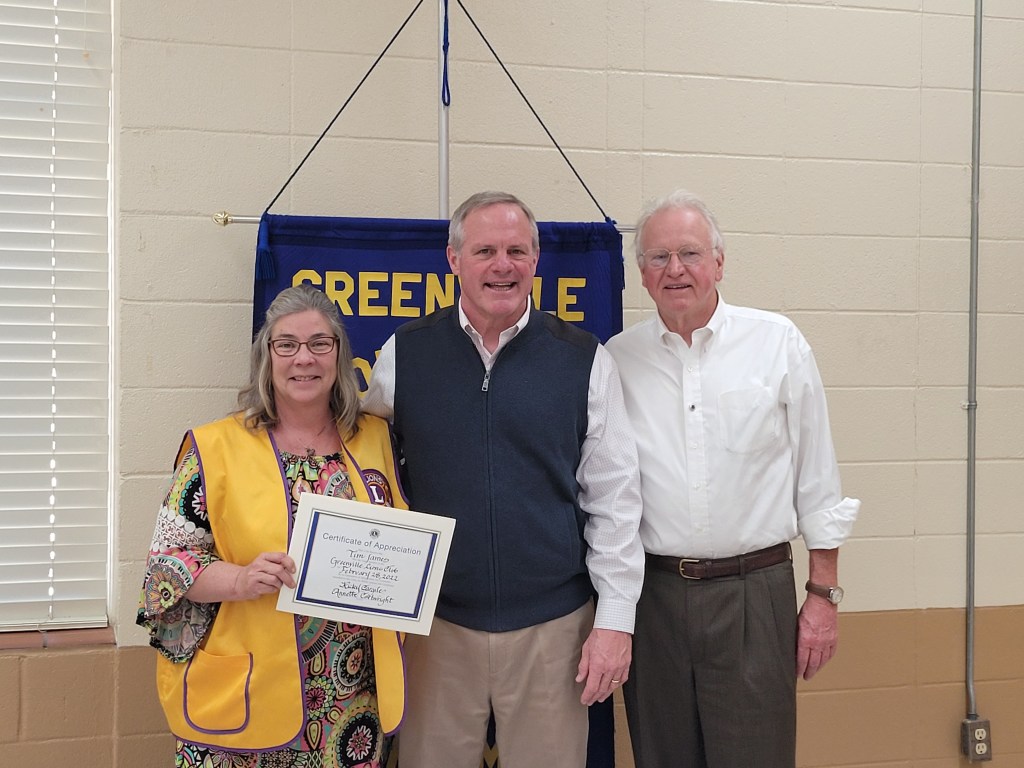 Tim James is back on the campaign trail after narrowly missing the Republican nomination for Governor back in 2010. A Greenville resident since 1988, James spent Monday campaigning throughout Butler County.

His first stop was in Georgiana at 6:30 a.m. where he had breakfast and had a chance to speak with Georgiana residents. He visited Georgiana City Hall and then McKenzie City Hall.

James and his wife joined the Greenville Lion’s Club as the guest speaker during their Monday lunch meeting. James said he moved to Greenville because it was such a great place to raise a family, and that is why they are still here. They are the parents of three children and grandparents.

Tim mentioned the ranking of Alabama schools. He said in the early 2000s that Alabama schools were ranked 39 or better in reading and math. Now, we are at the bottom of the pack, anywhere between 48 and 50, he said.

“I just think we lost our focus,” Tim said. “I believe we have got to reenergize our focus… like we haven’t done in over a decade.

Tim also said lack of discipline needs to be addressed in the classroom, allowing every child an environment in which they can learn.

He then met with Justin Lovvorn for a Back the Blue presentation.

A meet and greet at Camellia Bakery wrapped up the day before heading over to the statewide candidate forum held at LBWCC in Greenville.