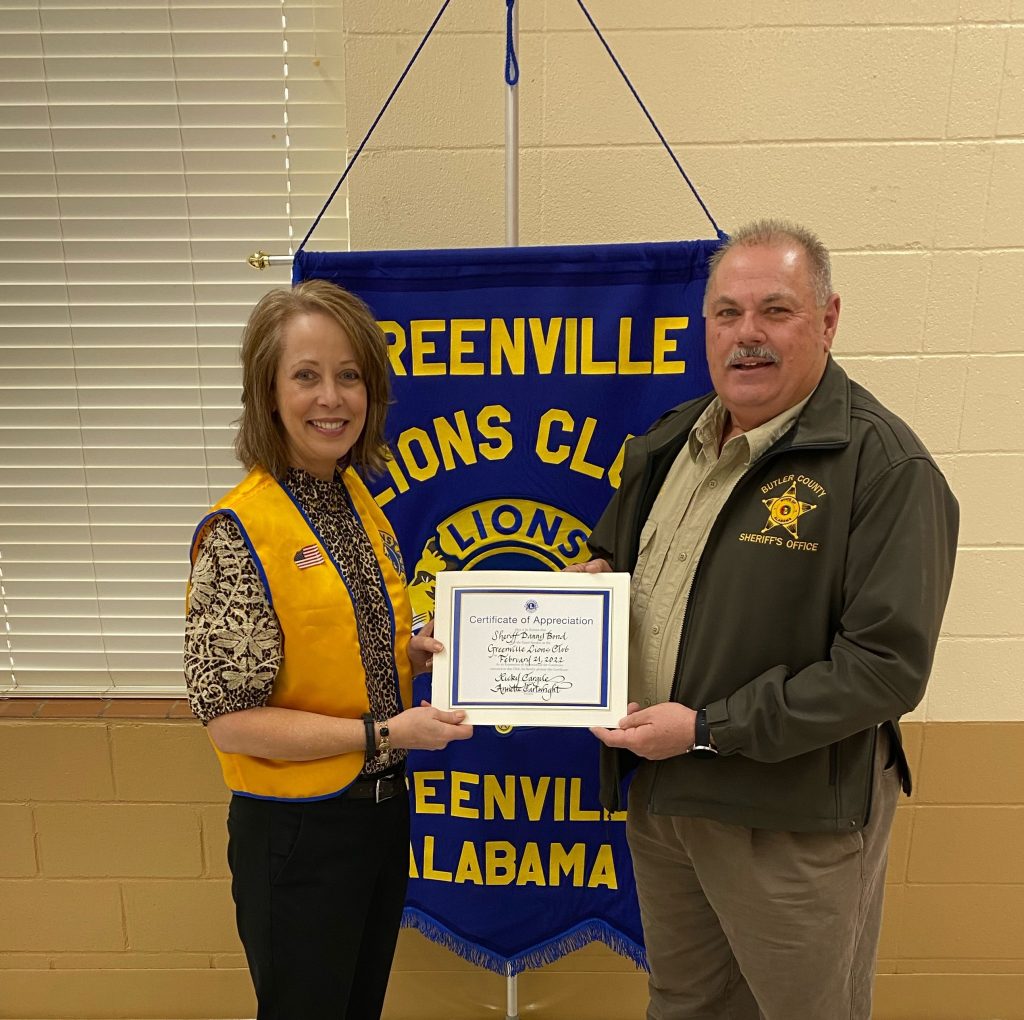 “I don’t know why you keep inviting me because I am the worst speaker there is,” Bond joked.

“I don’t know if I am doing an okay job or just nobody wants it,” Bond said.

He told the group that his first term has been an exciting time.

“I started out as the Sheriff, then went part-time as the EMA director, to COVID director, to you name it, we can do it,” he said. “Hopefully, we got most of it done right.”

While Sheriff, Bon had one escape from the jail and three die in the jail which are still under investigation he said. Bond said it really hits home when you have someone die in your custody. “I wasn’t the only one. I spoke with other sheriff’s and they experienced the same issues,” he said.

Bond told the room that everything his office does if not for his but for the community and its residents. He said he tries not to ask for money from the commission and relies on grants and pistol permit money to help cover the cost of his office. The Sheriff office received grants for all new body cameras for deputies as well as their cars.

He mentioned that he may have to start requesting money if the “no permit for concealed carry” passes.

“As it stands now, the permit less carry permit people have one committee meeting this week, then it goes to the full house for debate. Basically, the way I understand it is anybody is pretty much going to be able to carry a pistol without a permit,” Bond explained when asked. “The pistol permit is not about money,” he said, “it’s about public safety. Yes we do get money selling a $20 a year pistol permit which helps us buy some things we normally would not have.”

Bond said he would personally like it to stay how it is.

“Who better to know who in your county needs a permit,” he said.