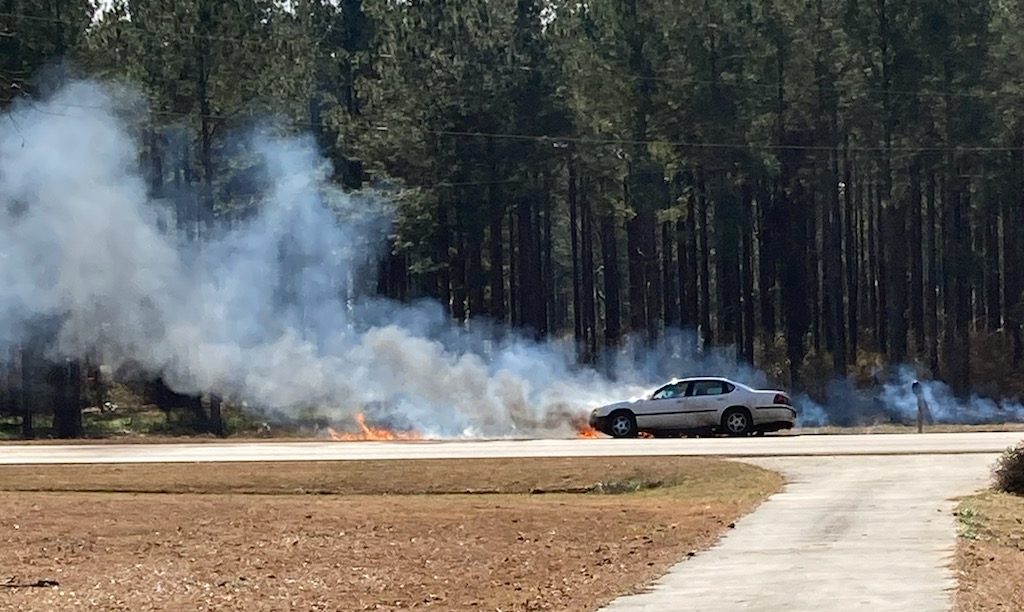 Mail and packages for residents off Luverne Highway may be delayed today. Around noon today, a postal employee’s car burst into flames, setting the grass on fire outside of Greenville on Luverne Highway.

The postal worker was able to exit the vehicle and was not injured, but was visibly shaken.

“I was on my way home from work and when I passed by the car was on fire, it had just started,” Jeffery Tillery, chief of M&D VFD said. “Someone passing by had a fire extinguisher and we were able to put it out.”

Postal workers quickly made it to the scene to collect the undelivered mail and packages from the vehicle.

The vehicle caught fire next to Jean Thompson’s mailbox.

“The same thing happened last week,” Thompson.  “She broke down right there last week right in front of our mailbox. She said she thought she had it fixed.”

The Thompson’s were more concerned for the mailwoman’s well-being. “You know she had to be scared to death,” Thompson said.