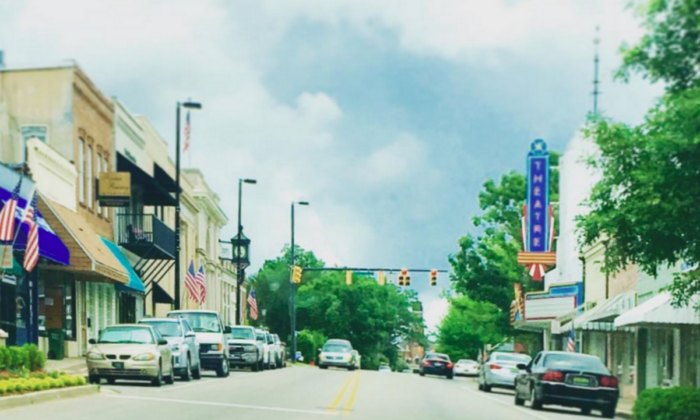 Greenville, Alabama was recently listed number five out of the seven areas chosen in Only In Your State’s Best Downtown Areas.

Downtowns in south Alabama can be pretty similar, but they all have a unique charm that makes Alabama an amazing place to live.

Greenville is not only the Butler County seat, it also features many historical buildings and churches throughout downtown. These historic buildings have found new life while still preserving their history.

For example, the historic train depot built in 1910 now houses the Greenville Area Chamber of Commerce. The large warehouse located behind the Chamber of Commerce will soon be renovated and restored into Dewberry’s Steak House. The owners plan to make something new out of the old while still preserving the history of the building.

Other historical landmarks include the Butler County Courthouse built in 1903 located in the center of downtown, City Hall and five historical churches located around the downtown area.

The Greenville Area Arts Council keeps art and theater alive in Greenville. The Ritz Theater, dating back to 1935, provides shows and concerts for the area.

During the day, boutique shops and restaurants are alive along the downtown streets with locals and visitors who hop off the interstate to take a break and see what Greenville has to offer.

The six other small towns that made the cut included Fort Payne, Monroeville, Tuscumbia, Fairhope, Eufaula, and Mentone.