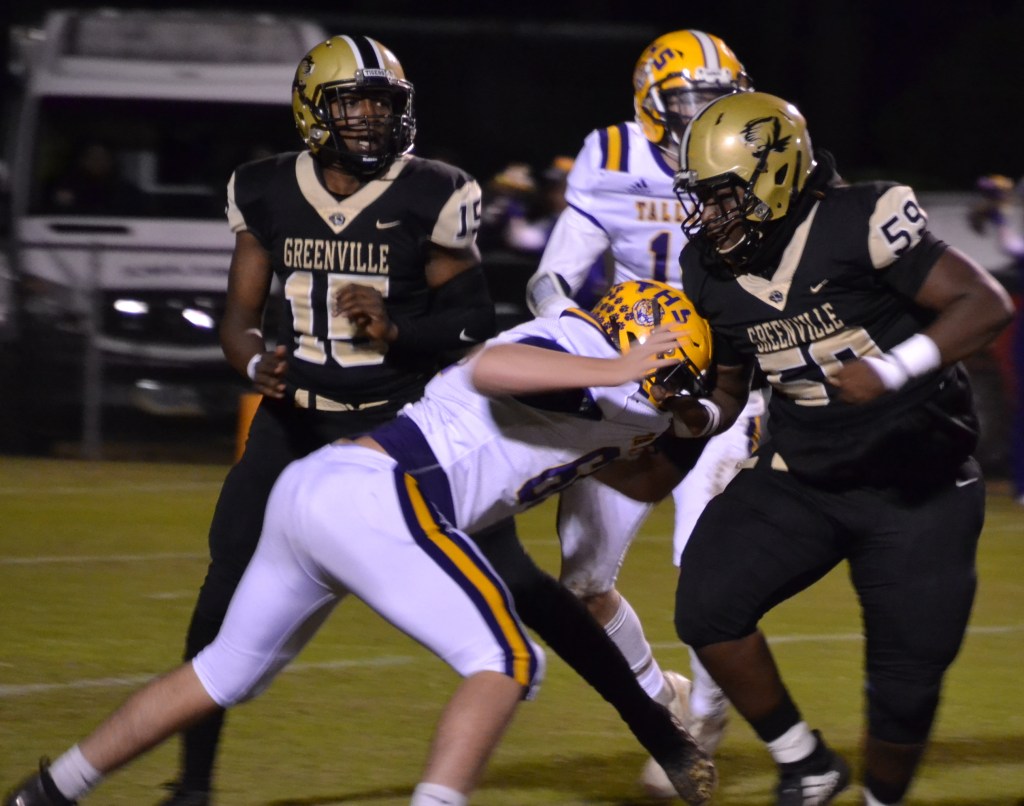 The Greenville Tigers started off the playoffs with a 32-0 win against Tallassee.

Greenville applied pressure right from the start, keeping Tallassee caged and unable to move the ball.

With three minutes left in the first quarter, Laquan Robinson made a seven-yard run to the end zone for the Tigers.

After blocking a punt by Tallassee, Tigers defensive back Johnathan Purifoy Jr. took it to the house after a 30-yard run.

There was no score in the second quarter.

At halftime, the Tigers led Tallassee 12-0.

The Tigers received the second-half kickoff.

Following Purifoy’s turnover at the 35-yard line halfway through the third quarter, the Tigers made it a three-possession game when Ronald Davis ran two yards to the end zone.

Toward the end of the third quarter, a touchdown pass from Andre Davidson to Robinson put the Tigers at a 24-0 lead.

Halfway into the fourth quarter, Robinson scored the final touchdown of the night.

Tallassee fought for the remainder of the fourth quarter.

With the win, the Tigers are now 8-3 for the season.

The Tigers will face the UMS-Wright Prep Bulldogs in the second round of the 5A playoffs this Friday.