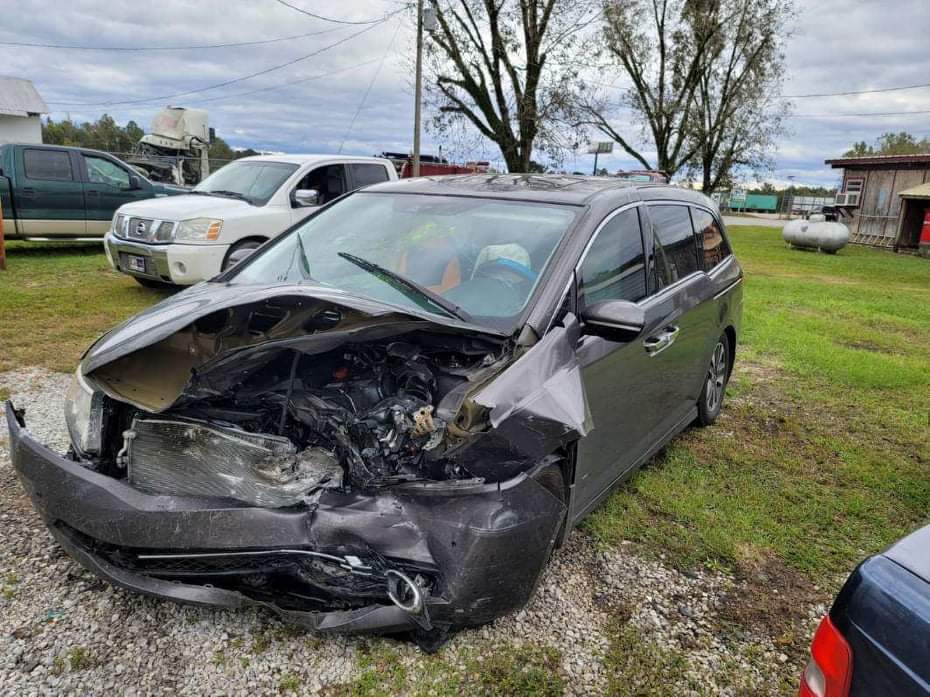 Thursday night at approximately 7:30 p.m., Georgiana Police Department and South Butler Rescue were dispatched to a two-car head-on collision that occurred near the intersection of State Highway 55 and State Highway 106. A white four-door sedan and a grey minivan driven by Michelle Black of Georgiana were involved in the crash.
According to Georgiana Police Chief Jeremy Peagler, officers discovered both drivers were entrapped in their vehicles once they arrived on scene.
Butler South Rescue extrication team was able to remove both drivers with the assistance of GEMS ambulance service.
Peagler said both drivers had serious injuries. The driver of the white sedan was airlifted to Baptist South where she was treated for her injuries. Black was transported to Greenville Regional Medical Facility where she was also treated for her injuries.
According to Black, the cars collided in her lane while traveling about 50 miles per hour. She said she suffered a broken ankle as well as bruises over her entire body.