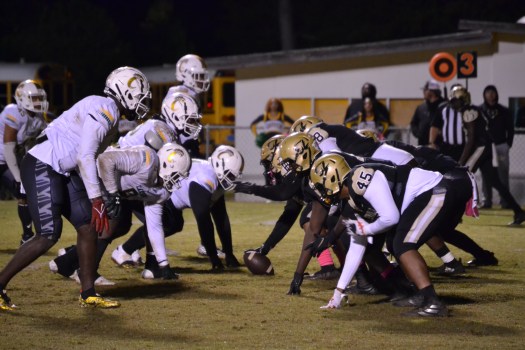 The Greenville Tigers get ready to snap the ball 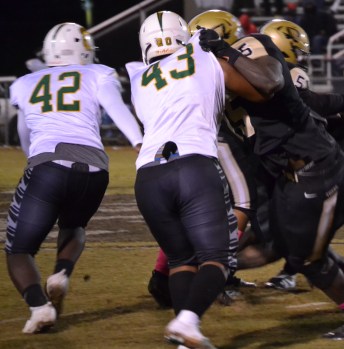 A Greenville Tiger holds back the Carver defense 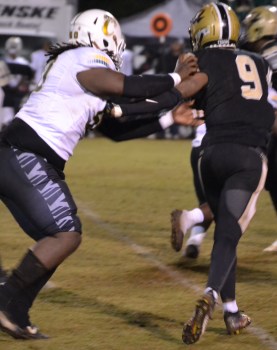 The Greenville Tigers lost to the Carver Montgomery Wolverines during Friday’s non-conference home game with a final score of 14-8.

The Wolverines drew first blood against the Tigers during the first quarter following a five yard run.

In the second quarter, the Wolverines scored again after getting a pick-six near their 45-yard line.

At halftime the Wolverines led the Tigers 14-0.

There was no score in the third quarter

The Tigers managed to put points on the board after a 50-yard run to the end zone by wide receiver Reggion Reed followed by a two-point conversion catch from BJ Dickerson to Reed with seven seconds left in the game.

Following an onside kick attempt by the Tigers, the Wolverines successfully gained possession of the ball to end the game.

With the loss, the Tigers sit at an 8-3 record for the season.

Greenville will face the Tallassee Tigers in the first round of the AHSAA 5A State Playoffs this Friday.