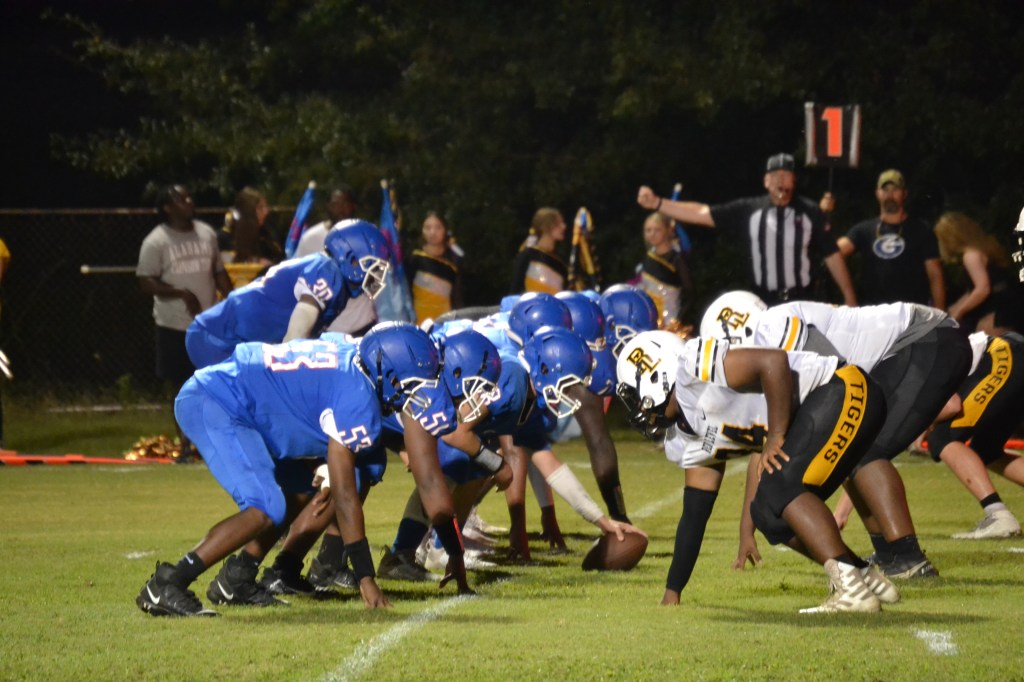 The Georgiana Panthers lost to the Red Level Tigers during Friday’s homecoming game 14-22.

Red Level was the first to put points on the board after a short rushing touchdown from the two-yard line during the second quarter.

After missing the extra point, the Tigers led the Panthers 6-0.

Minutes later, Red Revel found the end zone for a second time, but a block in the back penalty prevented them from extending their lead.

Throughout the first half, the Panthers were struggling to put points on the board.

Despite this, Georgiana managed to tie the score right before halftime after Jacobie Morgan threw a touchdown pass to Kaveon Miles near the 20-yard line.

After missing the extra point, the first half ended in a tied score of 6-6.

Georgiana received the kickoff to start the third quarter.

After running past midfield, an interception by Hunter Cauley led to Red Level gaining control of the ball.

Red Level punted away soon after but recovered the ball near the Panther’s 30-yard line to take back possession.

Although it seemed like a fumble recovered by the Panthers would give Georgiana control of the ball, a facemask penalty gave the Tigers a first and goal opportunity with just under ten minutes to go in the third instead.

Red Level scored a touchdown over the Panthers after a successful rushing touchdown by Javen Poindexter.

Georgiana then received the ball at their 31-yard line.

Despite getting a first down at the 41-yard line, Georgiana was unsuccessful in their further attempts to run the ball and punted away near their  44-yard line.

Red Level attempted to run the ball after gaining possession but was also unsuccessful.

Georgiana regained control of the ball near the Tiger’s 42-yard line.

After an illegal procedure call pushed them back, the Georgiana Panthers couldn’t make the first down and punted away.

Red Level took possession at the eight-yard line with less than a minute left in the third.

By the end of the third quarter, Red Level was still leading Georgiana 14-6.

At the start of the fourth quarter, Red Level punted away, and Georgiana took possession near the Tiger’s 34-yard line.

Following a successful drive to the five-yard line, Georgiana was able to score after a rushing touchdown.

After a two-point conversion, Georgiana tied the game 14-14.

Red Level managed to pull ahead after a successful rushing touchdown and two-point conversion with three minutes left in the fourth.

Despite their best efforts, Georgiana was unable to score, and the game ended in a loss for the Panthers 22-14.

Georgiana will face off against Brantley in an away game this Friday.