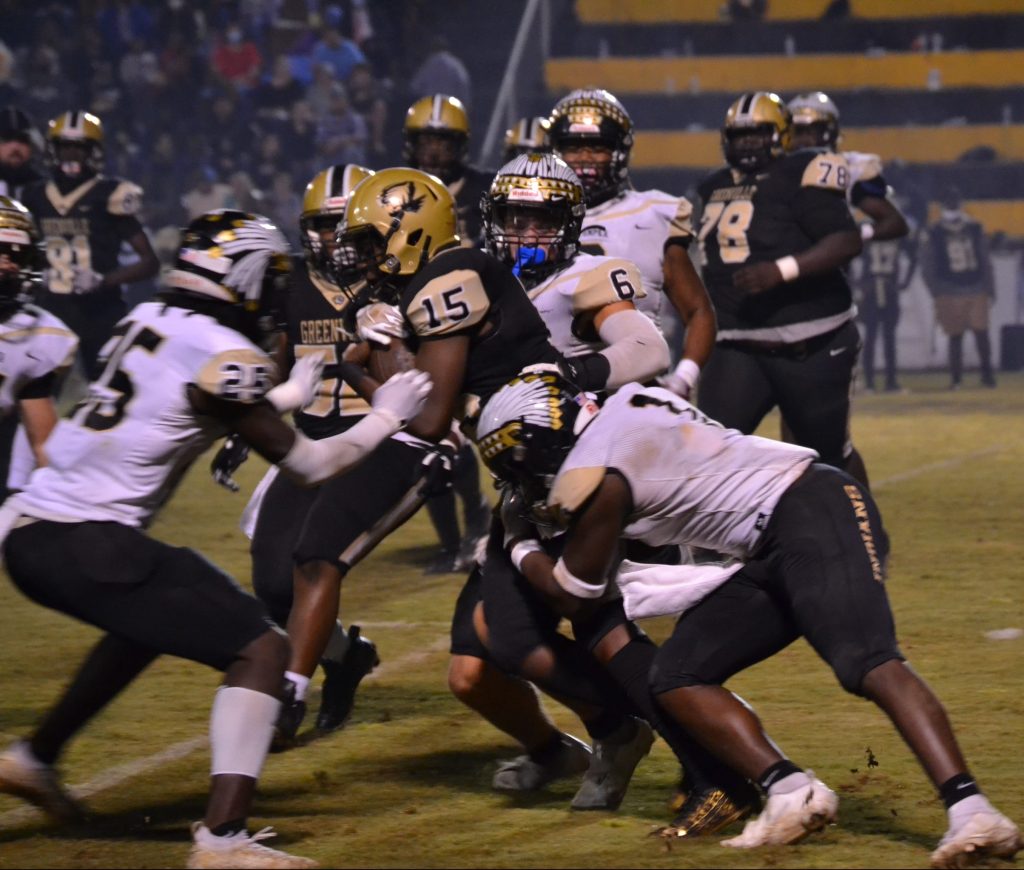 Andre Davidson gets tackled by the Wetumpka defense.

The Greenville Tigers fell to the Wetumpka Indians during Friday’s homecoming game.

The first score of the game occurred by Wetumpka in the first quarter after the Indians intercepted the ball from Greenville near the 20-yard line.

By the end of the first quarter, the Indians led the Tigers.

Halfway through the second quarter, the Indian defense intercepted the ball from Greenville again and was looking to score. However, after several penalties, the Indians were forced to punt away to the Tigers.

After getting the ball back at their 38-yard line, Laquan Robinson successfully ran to the nine-yard line for a first down. Despite a set up by Robinson, the Tiger defense had difficulty getting the ball into the end zone.

Facing a fourth and goal at the four-yard line, the Tigers threw for an illegal pass causing the Indians to take over on downs. The Indians were unable to make a first down after getting possession of the ball and punted away to their 38-yard line.

With a little over three minutes left in the third, the Tigers were finally able to score after a successful run by Javonte Herbert. A successful two-point conversion had the Tigers leading the Indians 8-7.

Wetumpka retook the lead 14-8 shortly after getting control of the ball.

Wetumpka extended their lead after another interception at the 26-yard line with one minute left in the first half.

At the end of the first half, the Indians led the Tigers 21-8.

With 17 seconds left until the fourth, the Indians extended their lead 28-8 after blocking a punt by the Tigers.

The Tigers will face off against the Rehobeth Rebels at home this Friday.