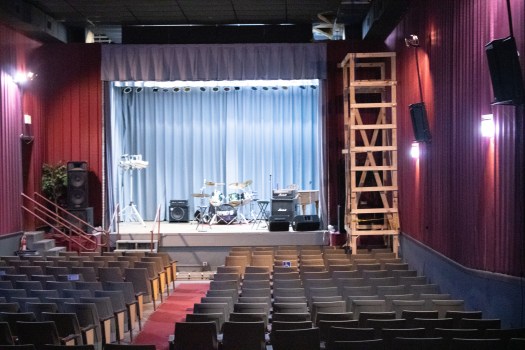 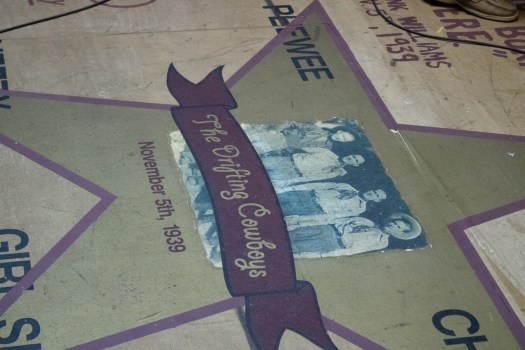 Star marking where Hank Williams and his band stood on the stage. 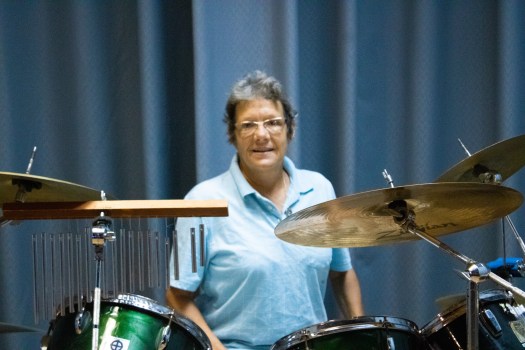 Tracy Eason and partners are remodeling the historic Ga-ana Theater to bring it back to its former glory.

Tracy Eason moved to Georgiana when she retired from nursing. She has always loved music and said even as a baby she was always banging on something. She was able to turn her natural talent into something she loves, a musician.

Eason played at the Ga-ana Theater back in 2001 and fell in love. She knew this is where she was meant to be and what she would do during retirement.

Eason has been working hard to restore the theater to its formal glory and will be renamed to the Ga-ana Opry House. The plan for the Opry House is to have a variety of entertainment for all ages and interests. The Montgomery Ballet has shown interest in coming and performing at the Opry House.

“We want to be a cultural arts center,” Eason said. “We don’t want it to be just live entertainment. We have live shows on the book. We have bluegrass, country, gospel, a lot of interesting mixes.”

Eason said she has been speaking to the black community around Georgiana to try and have choirs come in and perform. “I want this to be for the community because our community does not have anything like that,” Eason said.

Hopkins said he has made a lot of friends and contacts in his years playing in Nashville and is calling in some favors to help open the Opry House and ensure a great lineup.

“I have talked to Ronnie McDowell, Jeff Bates, and Terry Terrell. We are making lists and getting everyone lined up,” Hopkins said. “I have talked with Lulu Roman off of Hee Haw, who wants to come do a skit. She is a hoot.”

Hopkins said his favorite thing about his new investment is the history of the building, knowing who walked down the aisles and sang on the stage.

The big vision for Eason is to expand her vision down main street.

“There is so much potential for Georgiana,” she said.

The Opry House itself has had many famous people grace its stage, including Hank Williams. Located on the center stage floor is a star labeled with each member of “The Drifting Cowboys” marking their exact location where they stood on the stage and performed.

The Opry house can seat 220 people. Eason is kicking around the idea of making the upstairs balcony, which has a private entrance, a rental area where people can come and enjoy the theater and have dinner.

The Opry House will be auctioning off some old items such as movie posters, clay tiles from the theater room that dates back to the 1920s, and some Hank Memorabilia soon to help fund renovations on the building.

Eason plans to offer recording sessions where artists can come in and record in the recording booth located on the premises.