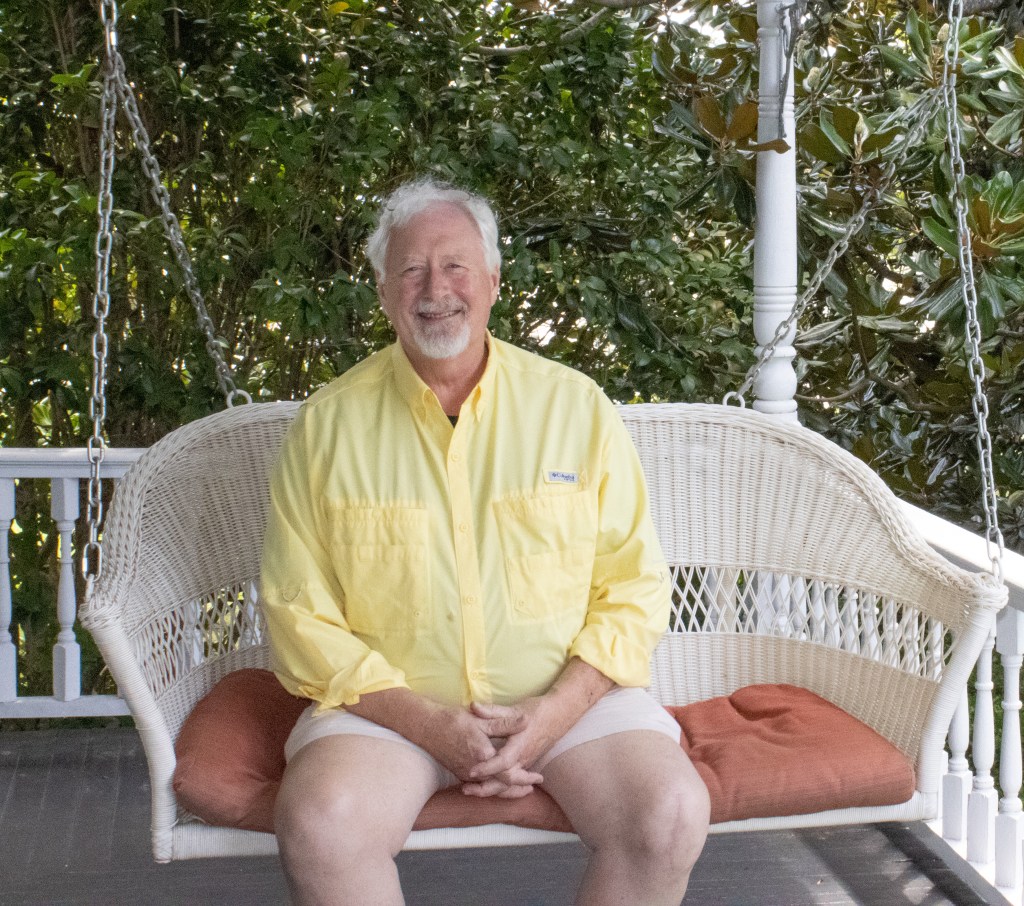 After 44 years serving the Greenville community, Dr. William Hamilton is ready to start the next part of his journey, life after dentistry.

Dr. Hamilton attended the University of Alabama, graduating in 1973 before attending Dental School at UAB.

Hamilton returned back to his hometown following graduation with his wife, Magoo. He promptly partnered with Dr. Walter Nichols and Dr. Everett Snow in 1977 to begin his first dental practice located across from Community Neighbor Bank.

In 2007, he made another move to a larger office to accommodate the growth of the practice.

“We went from a staff of three to a staff of 10,” Hamilton said. “It’s absolutely crazy”

Hamilton is quick to point out that his staff was what made his business. “The patients see and interact with the staff more than me. They are what made the practice successful,” he said.

Hamilton had aspirations of being a veterinarian when he was a boy.

“That was until I was walking to a cousin’s house and someone had run over a dog on the bridge,” Hamilton recalled. “I looked at it and said uh uh, ain’t going to happen.”

His interest in dentistry was sparked by Dr. Charlie Crook, his orthodontist in Montgomery. “I thought I wanted to be an orthodontist, but at that point in time to specialize you had to go to a city of 50,000 plus. I said nope, I am going back home, not going to a big city,” Hamilton said.

Hamilton ultimately decided on general dentistry, mainly because he would be able to do what he wanted to, more or less. He centered his dentistry around what he could do to take care of his patients. They were his primary focus. 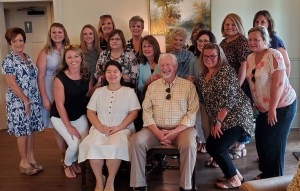 Dr. Hamilton and Dr. Lee surrounded by staff, current and past, over the last 44 years.

“We treated lots and lots of children,” Hamilton said. “I stopped doing surgical extractions because I had reached a point where it wasn’t fun anymore. It was time to let someone else do it.”

“We did everything a little ol’ country dentist ought to do,” he said.

Hamilton said he can’t pinpoint one highlight of his career, but if he had to choose, it would be the relationship he has had with his patients and staff. Many of his patients feel the same way, leaving cards and calling with well wishes once they heard of Hamilton’s retirement.

Throughout the 44 years that Hamilton has been serving Greenville through his dentistry, he has also served the community in many other ways.

In his younger years, Hamilton was very active in Boy Scouts both on the local and national levels. “I also helped sell Girl Scout cookies when my daughter was part of it,” he said laughing.

He is also a lifelong member of Saint Thomas Episcopal Church as well as very active in the dioceses. He has attended five national church conventions, been president of the dioceses committee four times, and served as secretary. Hamilton has been president as well as served on the board of the children’s home.

Magoo was very proud that her husband won the “ugliest man” competition years back that the Lion’s Club put on. “It was hilarious,” Magoo said laughing. “I was second runner up the first year and won the second year,” Hamilton said.

“He is such a good husband,” Magoo continued. “An incredible boss, he just loved his staff and took really good care of them.”

These accomplishments are only a small drop in the bucket when it comes to all the positions and committees Hamilton has served on. He has donated much of his personal time and energy supporting Greenville and making it the city we all know and love.

The Hamilton’s plan to spend retirement traveling to visit their nine grandchildren who are spread out around the U.S. “We really don’t have any long term plans right now,” Hamilton said. He hopes to get in some fly fishing during their travels.