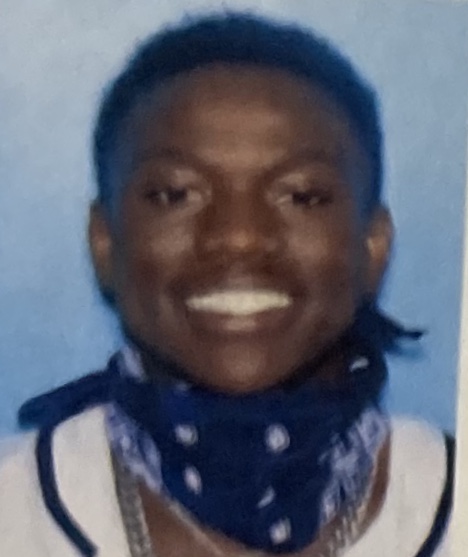 The Greenville Police Department responded to a report of an armed robbery at the Purple Cow convenience store around 7 a.m. on Monday, April 26.

The clerk reported a black male wearing a mask entered the store pointing a gun at him, demanding money from the register. The clerk gave him an unspecified amount of cash from the register and the suspect left the scene. Investigators who responded to the scene were able to collect several pieces of evidence as well as obtain footage from the store’s surveillance cameras.

“The evidence gathered at the scene, as well as photos from one of the Greenville Departments New License Plate Recognition cameras were used to help put out information to other agencies in an attempt to identify the suspect,” Chief Justin Lovvorn, Greenville Police Department, said.

Hill was located in Lincoln, Ala and arrested on a separate robbery charge on Monday, April 26, by Southside Police Department in Etawah County. He is charged with the robbery of a convenience store that occurred Saturday, April 24, on Green Valley Rd, Southside, Ala. He has been booked into the Etowah County Detention Center on a $50,000 bond.

The robbery occurred around 7:30 a.m. at the Marathon gas station, known as Woody’s. The clerk said a man came into the store and pointed a gun, demanding money. The suspect took the money and fled in a white four-door sedan. The store surveillance footage was released within hours of the robbery that brought in some intel on the suspect. The investigators teamed up with the Gadson FBI office and Lincoln Police Department. A Lincoln officer spotted a vehicle matching the description and was able to apprehend Hill without incident.

On Wednesday, April 28, the Calhoun County Sheriff’s Department notified Greenville Police Department investigators that they had a suspect in custody, on an unrelated matter, that looked like the suspect they were looking for. Investigators drove to Calhoun County and interviewed the suspect the same day. The investigators were able to obtain a confession from Tyler De’Arrius Hill, 20 years old from Lincoln, for the robbery.

Hill has been charged with Robbery First Degree. The Greenville PD has placed a hold on him through Calhoun County to be extradited once he is released from their county.

“I would like to commend the investigation division for their tireless efforts to solve this violent crime” Chief Lovvorn said. “They have worked around the clock in order to locate and arrest the suspect within two days after the crime occurred. The men and women of the Greenville Police Department will always make every effort to keep our citizens safe and bring those to justice who would put others at risk by breaking the law.”