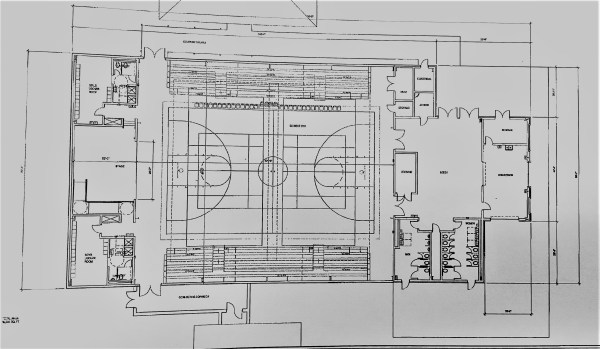 In Feb, 2019, Joe Eiland, superintendent of Butler County Schools, was strolling through the McKenzie campus and had a crazy idea. He sat down with Myles Brown, principal of McKenzie School, and shared his thoughts for a new gymnasium. Brown was stunned, which was rarity for him. Eiland was excited about his idea for a new gym but even more excited he finally got one up on Brown.

“For many years, Board President Micheal Nimmer and former board member Mickey Jones of McKenzie advocated fiercely for a new gymnasium. It was not until our recent refinancing of bonds that funding became available for the project. Shortly after taking office one of our newly appointed board of education members, Eric Gomillion, followed in the push for the project to become a reality. I am very appreciative of our board of education for supporting this project,” said Eiland.

The state bond awarded $3.7 million to the district based on enrollment. This bond is allowing Eiland’s vision to come to fruition and build a gymnatorium (gym and auditorium) for McKenzie.

The school needs a new gym for many reasons, the age of the current one and the fact that it was built not to specks for a regulation size gym for starters. The school cannot hold tournaments or playoff games at its current gym. The school also has no place to hold full school assemblies.

The construction is scheduled to begin in the Fall. Eiland does not want to begin construction right away due to the increase in building materials. Waiting until the Fall will give time for lumber prices to level out and allow the district to stretch its dollar further.

“We hope to have a little money left from the bond issue to do some other things around the county,” said Eiland. “Most of our facilities are in pretty good shape except for a few roofing issues that we will continue working on. A bond issue does not come around very often, it is a very rare thing and we are going to take advantage of it. The McKenzie gym is going to happen. The money is set aside and will not be touched for other projects.”

McKenzie is not the only school benefiting. GHS is renovating Tiger Stadium, adding a visiting team dressing room, a locker room type facility for the home team, a new concession stand on the visitor side, new restrooms and press box. Georgiana is also receiving a new press box.