Judge Lovell is raising the bar 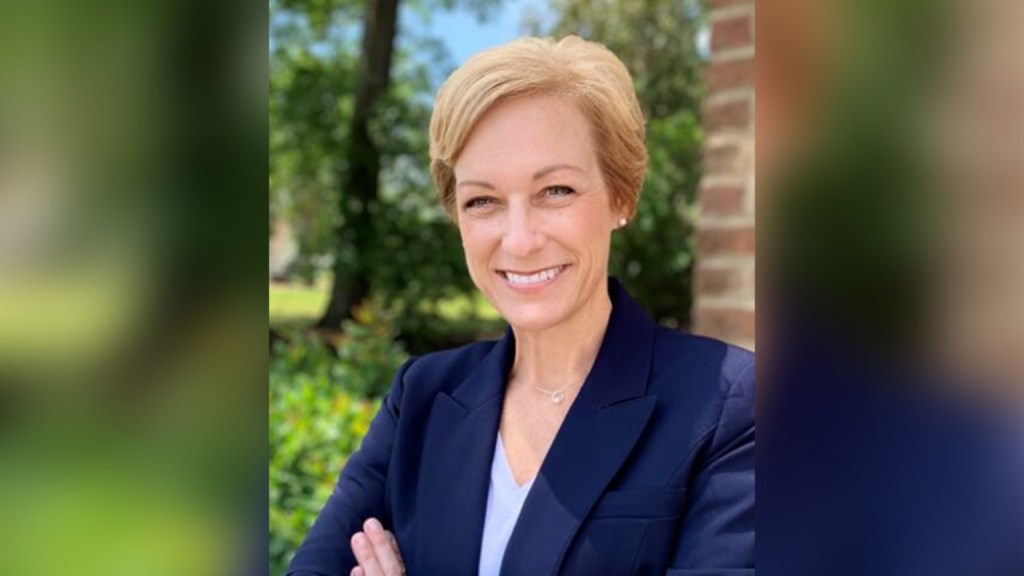 Butler County’s current circuit judge has been tapped to lead the Alabama State Bar and will shatter glass ceilings becoming the first female executive director in the history of the organization which was founded in 1879.

“We are thrilled to have Judge (Terri Bozeman) Lovell bring her vision, Experience and never-ending enthusiasm for the legal profession to the Alabama State Bar,” said Bob Methvin, ASB president. “This is an exciting hire for all Alabama Lawyers.

Methvin said an exhaustive national search was conducted that produced 80 candidates. Lovell was chosen for her abilities and because of her understanding of the needs of the state’s lawyers and the legal community.

A 26-member executive director search task force unanimously selected Lovell to be submitted for approval to the Board of Bar Commissioners, the governing and policy-making body of the ABS. Lovell was once again approved unanimously by the board of commissioners.

“Being selected as the Executive Director of the Alabama State Bar will give me a unique opportunity to continue serving the lawyers of our state in a meaningful way,” Lovell said.  “I feel like I have been listening and learning from lawyers since I was a small child. It is an honor to be a lawyer.  Judges and lawyers have encouraged me and believed in me, helping me step out of my comfort zone time and time again to do the hard work, not always the popular work, but the work that makes a difference in my community, in the court system, and in people’s lives. Lawyers are serving and doing great work all across this state.  My goal is to engage, equip and empower the lawyers of the state of Alabama to be their best.”

Lovell currently is the presiding circuit judge in the Second Judicial Circuit which serves Butler, Crenshaw and Lowndes counties. She first took the judgeship in 2011 and was elected in 2012 and 2018 without opposition. She previously served as the district judge of Lowndes County from 1998 to 2011. Lovell followed in her father’s footsteps. Ted Bozeman, Lovell’s father, served as district judge of Lowndes County prior to his daughter.

Serving as the only circuit judge for three counties has its challenges said Lovell, but she gives credit to the district judges, clerks and her staff for helping her through those challenges. In her time serving the three counties, she has been instrumental in expanding community programs such a Drug Court, Pretrial Diversion, Intensive Probation (ACES) and the steps to reinstate community corrections, and the implementation of a Mental Health court.

Bozeman was elected as the first district judge of Lowndes County in 1975 and re-elected four more times until his retirement in 1997. He passed away at the age of 83 in December 2020.

“My dad was probably my greatest encourager,” Lovell said. “I know he would be proud of me, but he would also remind me to be kind and humble. He always taught me to take responsibility for my own decisions. So many people that come before me in court have made poor decisions. I believe that life is 10% about what happens to me, and 90% about how I respond. In the challenges, he taught me always to look for opportunities to learn and to grow. I try to share that message with the people I come in contact with. I was blessed to spend quality time with my dad, especially in the last two years.  When my story is told, I hope people will say that they found me faithful to God, my family, and to the people I serve. That is probably the most important lesson I learned from his life.”

Lovell is a Hayneville native and graduate of Lowndes Academy. She went on to graduate from Auburn University at Montgomery and Faulkner University, Jones School of Law. She earned her Juris Doctor in 1995 and joined the Alabama State Bar in 1996.

Lovell is married to Jeff Lovell and they have two children, Luke and Abby.