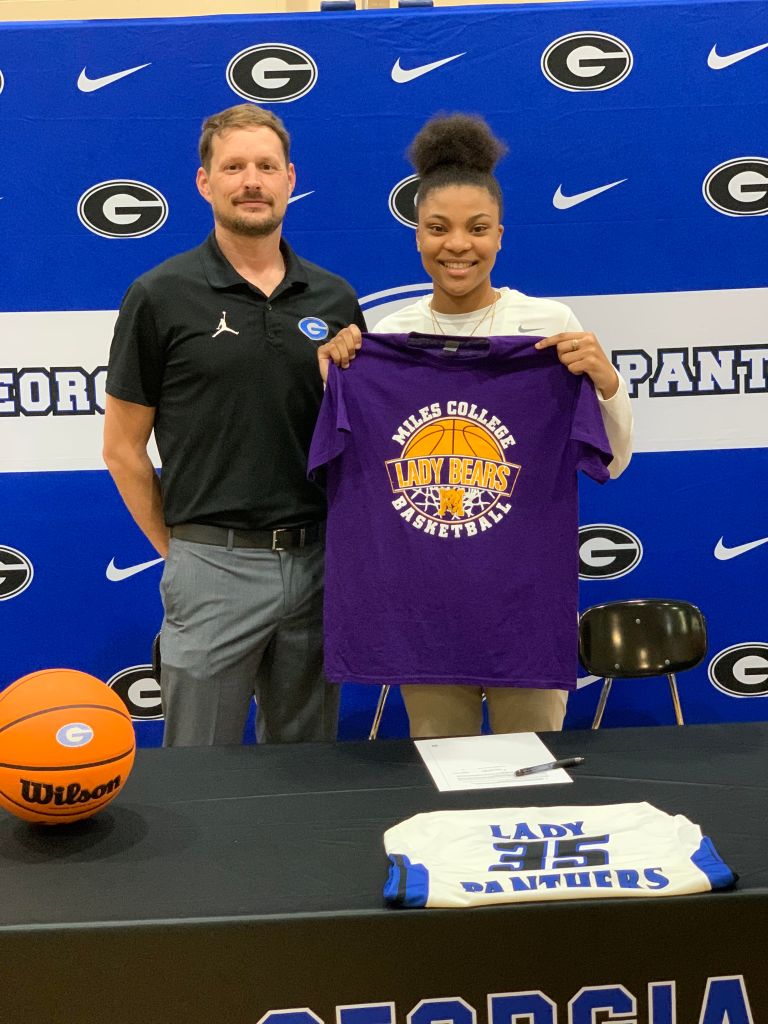 The Alabama Sports Writers Association recently announced the 2020-2021 girl’s All-State basketball teams. And just like Azenda Pennington, when Georgiana’s Tenasia Gordon discovered that she made the cut, she was overcome with emotion.

A member of the ASWA’s Class 1A All-State second team, Tenasia says it was an honor to be recognized. “ I felt happy and elated when I got the news that I made the All-State team,” Tenasia said. “When you’re a part of the All-State team it basically means that you’re recognized as one of the best players in the state. Knowing that people see you that way is a great feeling to have.”

After a full ride scholarship signing at Georgiana last Tuesday, Tenasia will go on to play NCAA Division II basketball with Miles College after graduation. “ I feel truly blessed to have this opportunity,” Tenasia explained. “You don’t really see a lot of people from our girls program achieving something like this, especially signing for NCAA, so I was definitely excited to get the opportunity to represent my school in that way.

When asked if she had any parting words for the rest of the team, Tenasia said that they can do anything if they put their minds to it.

“If they believe in themselves and work hard, they are capable of anything,” Tenasia said.

Tenasia said she also wanted to thank Coach Norris for everything he has done for her.

“Coach Norris has been the best coach I have ever had,” she said. “I just want to thank him for all he has done to make me a better person and a better basketball player.”