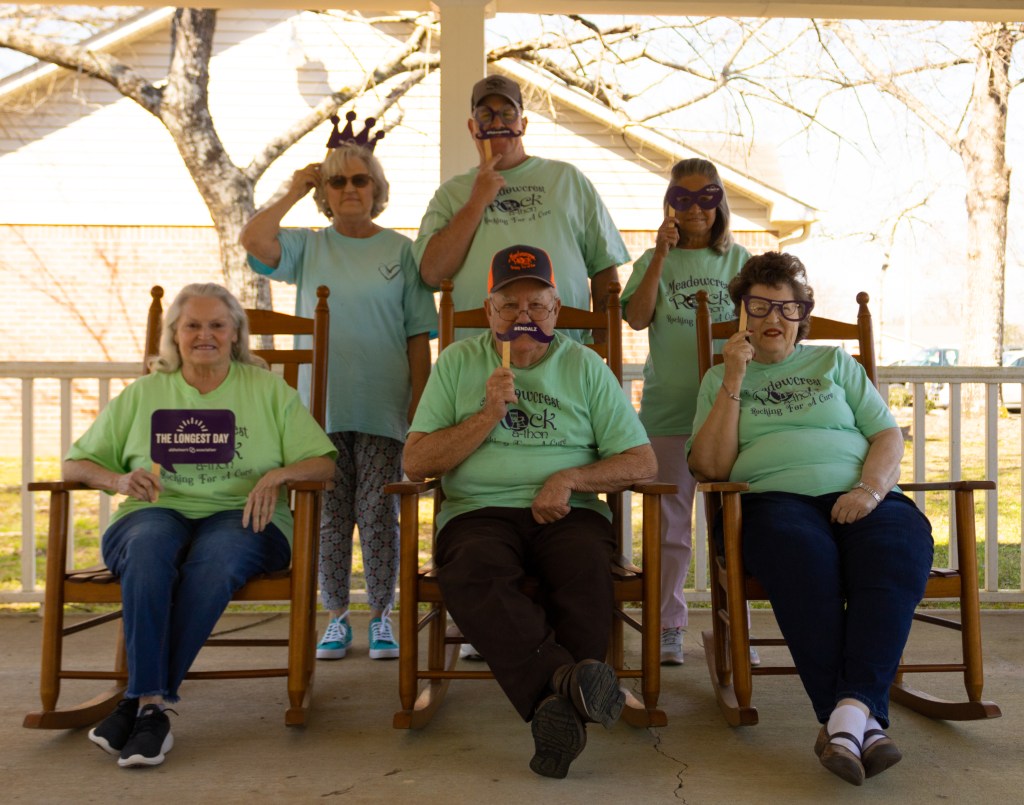 The residents of Medowcrest apartments in Luverne kicked off their annual fundraiser this week. Residents will be gathering donations through June to benefit the Alzheimer’s Association. Medowcrest has won the award for most donations the past two years for Alabama and is working hard to beat last year’s total.

Donation boxes are located throughout Luverne; Ramey’s, Chicken Shack, Super Food, Dippin Dogs, & Mainstreet Bargains are a few locations where donations are being accepted. Donations can also be dropped off at the Meadowcrest office. Shirts are available for purchase promoting this year’s Rock-a-Thon at the office as well.

Residents will be rocking for a cure on June 12, at the fundraiser’s wrap-up.  Residents, family, and members of the community are invited to attend the event. Free hot dogs, chips and the Pepsi wagon will be available for everyone. Prizes will be given out throughout the day and there will be live entertainment and dancing.

The final amount raised and top fundraisers will be announced at the event.