A parade for Noah 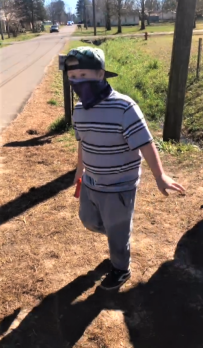 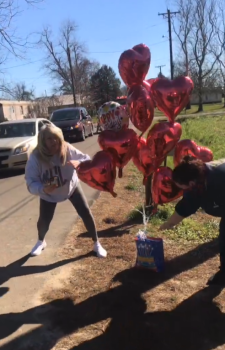 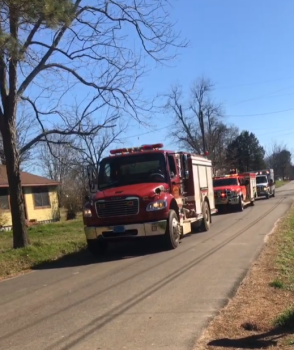 Noah Morse had one of the best birthdays to date, even though he was under quarantine. Noah was able to see his heroes who came special to see him. Unlike most 11 year old’s who idolize sports players or pop sensations, Noah idolizes police and fire men and women.

After being quarantined for almost two weeks due to family members with COVID, Noah received a positive COVID diagnosis and had to start his two weeks over again.

“Noah is a social person and all he was doing was sleeping and being sad missing school,” Dixie Morse, Noah’s mother, said.

Noah stood outside his home in Rutledge as car after car drove by waving and wishing him a happy birthday. Horns honked and police lights flashed as Noah beamed with happiness. The Crenshaw County Sheriff’s department made sure to tell Noah happy birthday over the PA system for the entire neighborhood to hear. Many parade members dropped off gifts on Noah’s front lawn to help make his birthday even more special after the parade.

Morse said her entire family was in awe of what the Crenshaw County Help Exchange and community did for her son. Noah’s little brother, Weston, was very excited for the parade and for his brother.

Noah goes to Luverne school and is in Mrs. Courtney Morrow’s class.

“Noah loves all people but Mrs. Courtney is his special person,” Morse said.

Not being able to go to school and see his teacher and classmates has been overwhelming for Noah. The outpouring of love and support from the community has helped easy Noah’s sadness and boredom during the quarantine.