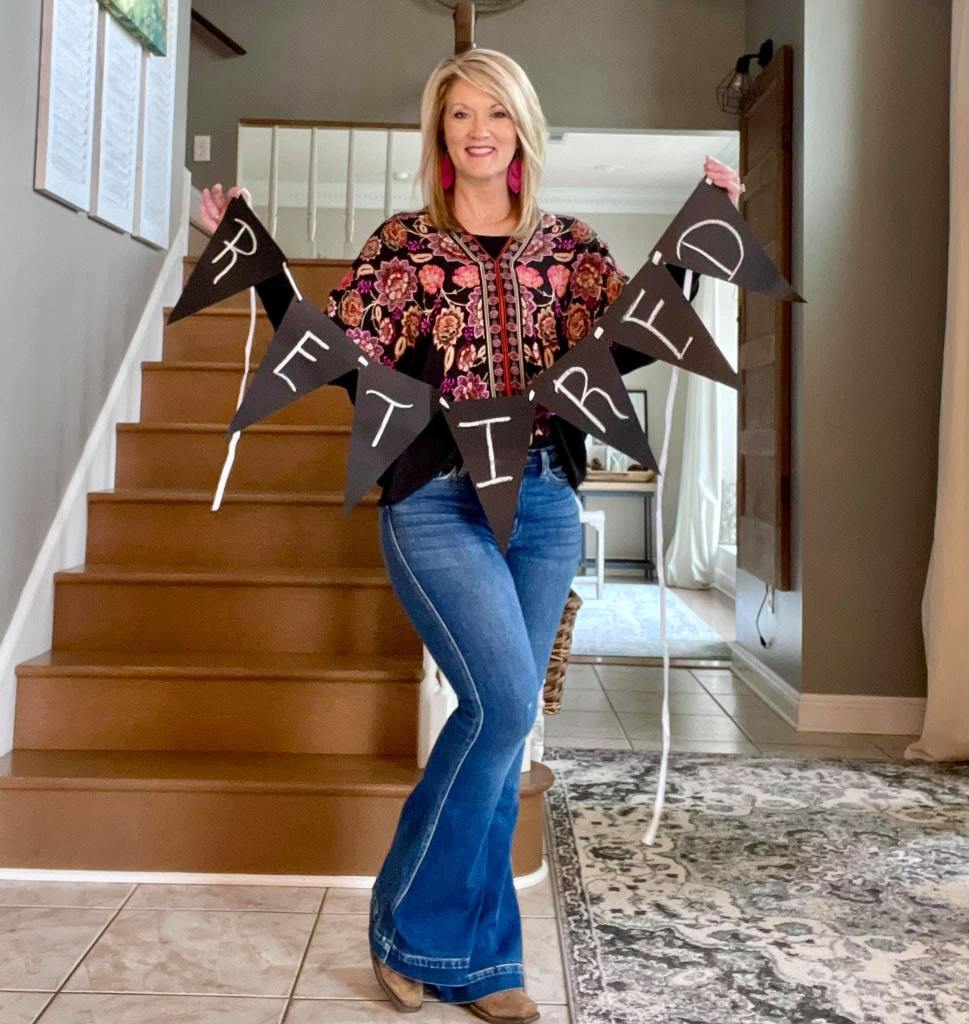 After 29 years as a teacher, Kimberly Hall has retired from Brantley Elementary School.

Hall earned her bachelor’s degree in elementary education from Troy University and started at Fort Dale South Butler Academy in 1992. After two years, a kindergarten aid position opened at the school she was waiting for and Hall made the move to Brantley Elementary School. Within about six weeks, she had her own fifth grade class.

“Mike Morris stepped up to elementary principal and I took over his fifth grade class, overnight,” Hall said. “Bill (Hall’s husband) and Aunt Vicki Smith Furr (a Brantley teacher) worked with me well into the night to get my class ready.”

Hall spent the next seven years teaching fifth grade and earned her master’s degree. The rest of her career was spent teaching third grade. Hall has remained in the same classroom at Brantley for the past 19 years.

Hall said she has taught everything except physical education classes. Reading and literature have always been her favorite subjects.

“I will miss that connection you have with your kids when they hear a beautiful story and they take to heart the message. I have had students applaud at the end of a book that I read to them. I have cried while reading to them, and some of them have teared up too. It’s a special moment when you could hear a pin drop in the room” said Hall.

When asked about plans for her next stage of life, Hall said she knew she wanted to do something creative like interior design. She had been praying for a door to open, but she did not expect it so soon.

“God’s plan was certainly bigger than mine” said Hall in regard to her recent life change.

When the door initially opened, Hall said, “no.” Hall knew how hard she, and the other teachers, had been working before and during the pandemic. She toured the location and immediately saw the potential and beauty of the venue even though it would need a lot of work.

“I knew that God would not have opened that door unless it was the right choice” said Hall. “I will be the interior designer and stay on to coordinate events at Oak Acres in Goshen. I am so excited about helping someone during a special time in their life, and maybe one day one of my students will plan an event on this gorgeous property with oak trees all around.”

Hall knew her retirement was coming near and was ready for a change. Even though she will miss her students more than words can express, she knows they will be taken care of. The move feels right to Hall and feels like God answered her prayers just as he did when the position opened at Brantley Elementary School years ago.

“As the 1987 captain of the BHS cheerleaders and as an elementary educator at BHS for almost 27 years, I will always bleed emerald green. It was a blessing and a privilege to be among school children at a school that is a family of friends. I always believed I had the best classes, and they truly were.”