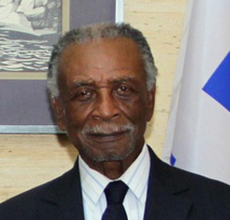 The Luverne City Council expressed their sympathy and prayers to the Johnson family at
Monday night’s council meeting. Council members told stories and reminisced about their
time working with Johnson.

“We loved him and loved his family” said Mayor Ed Beasley. “He told me right after I was
elected mayor, of course I had already served 16 years on the county commission, but he told me
once you are elected to public office, you become public property. He was right. He was a man with
great knowledge. He was well educated, well spoken, wonderful family man and a fine Christian. He
will be dearly missed.”

The council said Johnson’s seat may get filled but he can never be replaced. He was a fixture in the
community.

Johnson served on the Luverne City Council since his appointment in 1997. He not only
served District one as a councilman, but all off Crenshaw County on the water board,
recreation board, and as a schoolteacher.

Johnson began teaching at the vocational school in Luverne after graduating from Alabama
Agricultural and Mechanical University in 1962. The vocational school was shut down in
1970 due to desegregation. Johnson made the move to Luverne High School and continued
to teach Agriculture for three decades before retiring.

Johnson married his wife, Leola in 1962 in Luverne and have three sons. The couple would
have celebrated their 59th wedding anniversary this year.