Panthers look for success on hardwood this season 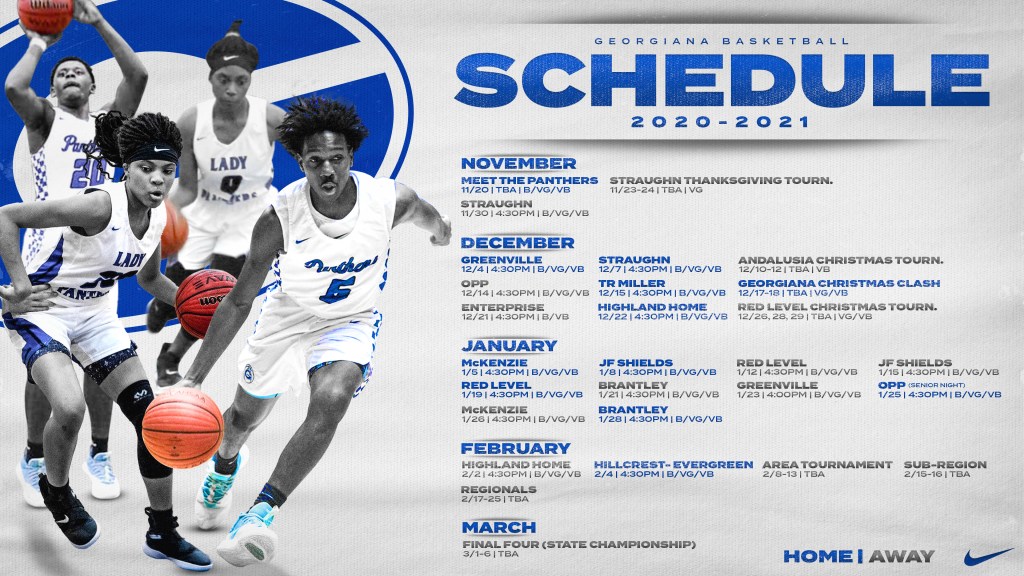 Georgiana girls and boys head basketball coach Kirk Norris is eager to get the 2020-21 basketball season under way.

Norris is a busy man, as he coaches both the girls’ and boys’ basketball teams at the high school and middle school levels, on top of being the athletic director for the Panthers.

Regardless, Norris has had great success during his tenure at Georgiana School – especially making his mark on the boys’ program by going to the Final Four in the playoffs four years in a row.

The girls’ team, which begins their season on Nov. 23, has the potential to be special this year.

“I feel really, really good about this team. We only had one senior depart after last season, so we’ll have a bunch of people will experience take the court this time around,” Norris said.

After losing in the second round of the playoffs last season, Norris expects to see a lot from the lady panthers.

Two of those players, Tenasia Gordon and Ashante Marshall, are both two seniors who Norris expects to see a lot from.

“Tenasia and Ashante are special players who really anchor this team. Tenasia is a 1,000 career-point player and has been playing varsity since the seventh grade,” Norris said.

The head coach also looks to continue his success with the boys’ teams as well, who had an exodus of seniors after last season.

“We have a really talented group of guys, but we did lose six seniors from last year’s team. I’m confident that these guys can step up and adapt in order to be successful,” Norris said.

Azende Pennington is a senior who Norris hopes to see much from this season after injuring himself last year.

“Azende is a really dynamic guy. He hurt himself playing football last year, and we didn’t get him back until mid-January. He really helped us make that playoff push,” Norris said.

Another player to keep an eye on is senior Tydarius Mobley.

“Tydarius is a great player who we’ll need to be successful. But, he did hurt his ankle in a football game about a month ago. I’m hoping to have him back within the next two weeks,” Norris said.

“We have high expectations for these teams, but expectations can be different from reality. If we do all the little things right, and prepare the right way, then we have a chance to have two really good teams this year.”

FDA will look to seniors to carry team