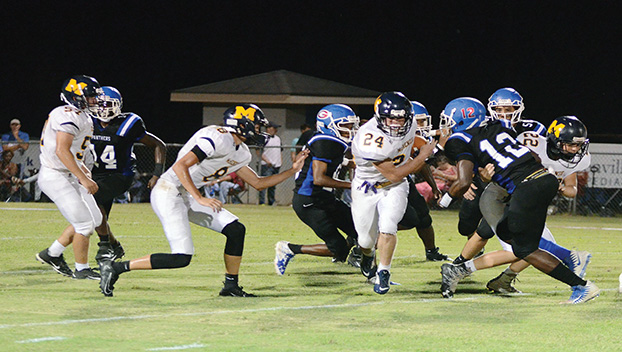 McKenzie’s Tigers lost a tough one 12-6 at Pleasant Home last Friday and now must rebound after two losses in a row to face a tough J.F. Shields team for Homecoming Friday night.

McKenzie scored on a touchdown pass from Jakarrie McPherson to Adarius Davison that covered more than 50 yards. This week, the Tigers have to prepare for Homecoming and J.F. Shields.

“Shields is a very talented football team,” Norris said. “We were in a dogfight last year when we went over there to them. We won — we were able to hold on with a last-second pass. Their quarterback is a really good, athletic kid. He makes a lot of plays for them. Our challenge this week to our guys is that we’ve got to be able to control him. He makes a lot of plays with his arm.”

A large crowd is expected to be on hand for the crowning of the Homecoming Queen and her court. Greenville High School’s Marching Tigers will be a part of the festivities as Greenville is off this week.

“It’s always a big deal,” Norris concluded. “We’ve got to focus on what’s important and winning the game is important. Getting over a two-games losing streak is important.”