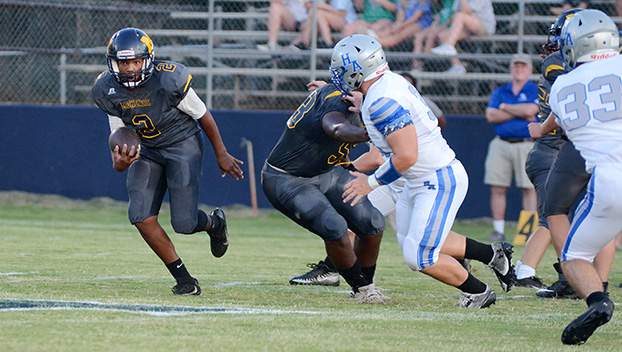 McKenzie School and Greenville High kept their respective fans on the edge of their seats as both teams fought until the final whistle blew during Week 1 games of the 2019 season.

Both Tiger teams suffered last-minute losses, but proved that they have the personnel on the gridiron to be competitive throughout the next three months of the young season. Friday night, McKenzie fell to Houston Academy 28-21 at Williams-Vickery Field, while Class 5A Greenville was edged by Class 6A Carver-Montgomery 19-13 Thursday night at Cramton Bowl.

McKenzie (0-1) took a commanding 14-0 lead over the Raiders with 8:45 left in the first half. The Tigers scored on their first drive of the game when sophomore quarterback Jakarrie McPherson snuck into the end zone on a short run. Midway through the second quarter, McPherson connected with junior receiver Weston Keeney on a short pass for a touchdown

However, in the last five and a half minutes of the second quarter, the Raiders (1-0) managed two quick touchdowns to tie the game at 14 as the teams headed into the locker rooms at halftime.

The second half proved to be a defensive struggle as both teams held tough, however, Houston Academy managed a score late in the game to capture the victory.

Greenville (1-1) had it hands full with Carver-Montgomery throughout the duration of its road contest, but put up a fight until the final seconds ticked off the clock. Down 19-13 to the Wolverines with 18 seconds left to play, the Tigers’ sophomore quarterback Crishon Crenshaw converted a long fourth-down play to keep his team alive. A last-second Hail Mary pass into the end zone with three seconds left to play fell incomplete as Carver escaped with a win. 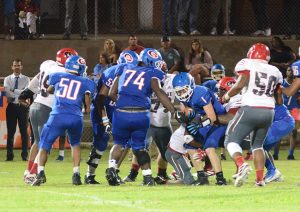 Luverne held a commanding 34-6 halftime lead over Georgiana and held tough throughout the second half, which featured a running clock. The Tigers added its last touchdown of the game on a long run with 3:03 left in the third quarter.

After being held scoreless in the first half, the Eagles erased a 20-0 deficit, inching to within 11 points, 35-24, with 8:40 remaining in the third quarter. The Warriors quickly answered back with a touchdown less than 30 seconds later and never looked back to capture the win. 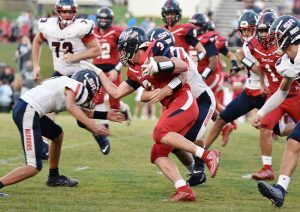 McKenzie will travel to Red Level for a Class 1A, Region 2, matchup next Friday night, while Greenville hosts Tallassee in its Region 2 opener. Georgiana also opens region play against Region 2 opponent Florala on the road, while Fort Dale Academy remains at home against non-region foe Wilcox Academy. All games kick off at 7 p.m.