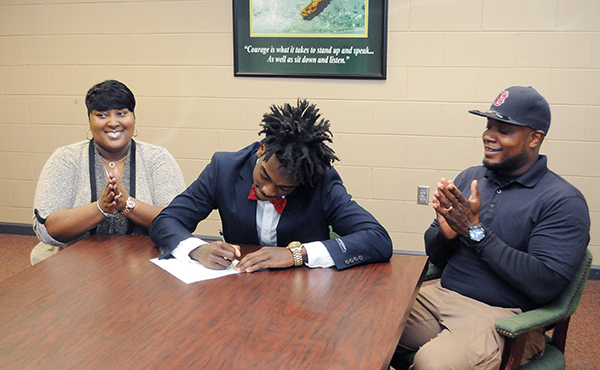 The Tigers’ senior quarterback/cornerback signed a National Letter of Intent to play at the next level for head coach Lane Kiffin at Florida Atlantic University.

“I felt it was the best fit for me,” Posey said as he signed in front of his parents, Fonda and Jason Posey, and Greenville head football coach Josh McLendon. “Their style of play is right for me. He (Kiffin) knows how to win. He runs a lot of the stuff I ran in high school.”

McLendon said the day was big for several other student-athletes at Greenville with Bishop Riley signing at Hutchinson Community College in Kansas and Sawyer Hennis choosing to be a preferred walk-on at UAB.