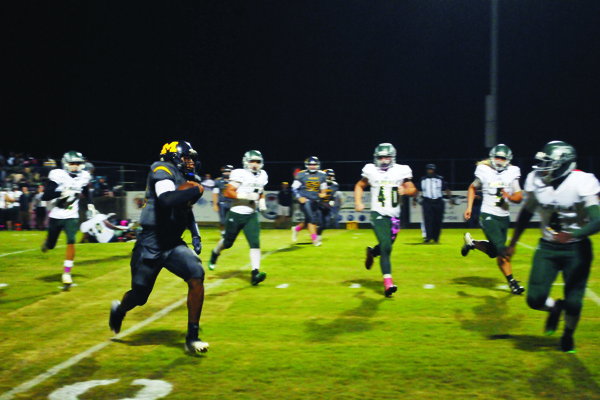 It was a Homecoming night for the McKenzie Tigers last night as they hosted the Florala Wildcats.

McKenzie came into the game struggling with a record of 1-5, while Florala had only notched two victories on the season.

The Wildcats played spoiler to Homecoming and defeated McKenzie 63-29 to win their third game. McKenzie fell to 1-6.

However, there was a bright spot for the Tigers as standout player Quindario Lee returned to the field in a full-time role. Lee played sparingly last week in his first week back since suffering an early-season injury.

Nevertheless, starting quarterback Skyler Zamjhan remains injured, so Lee was utilized at the quarterback position against Florala. He was able to find the end zone multiple times on the ground, but it wasn’t enough to keep the Tigers in the game.

McKenzie will now turn its attention to rival Brantley next Friday night. The Tigers will have to travel to take on the Bulldogs, which are 4-3 after picking up a 53-14 victory over Red Level last night.