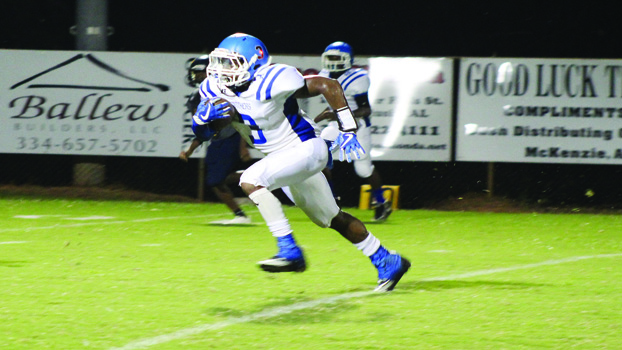 The winner of Class 1A, Region 2, could very well be decided this Friday night when the Brantley Bulldogs travel to Georgiana to take on the speedy Panthers.

Georgiana is coming off of a 55-0 drumming of rival McKenzie, but Panthers’ head coach Ezell Powell knows that the Brantley Bulldogs (4-0, 2-0) will be on the hunt for a road win.

“When I look at Brantley, I see a real good football team,” he said. “They’re good on both sides of the ball and play physical. It’s going to be a true test for this team.”

Powell took over in 2013 when the Georgiana program wasn’t used to much success. Since then, the Panthers have steadily climbed to the point of not only making the playoffs, but have won at least two games in the playoffs since 2015.

“This team is a very prideful group,” Powell concluded. “They played behind a senior class last year that really laid the foundation for our success. This year’s seniors want to continue that success.”

Kickoff is set for 7 p.m. Friday night  in Georgiana.