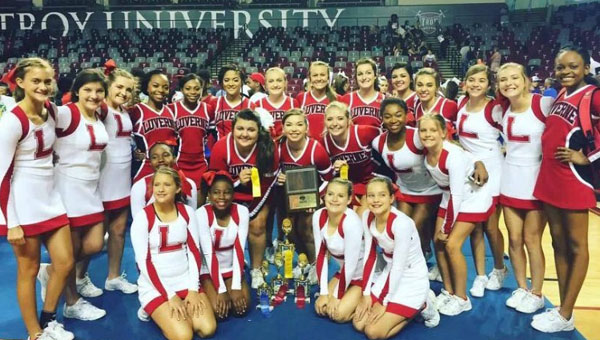 “The girls learned lots of information and techniques that will carry us into our cheer season.”

The varsity girls received a gold ribbon of excellence for extreme routine evaluations and cheer evaluations. They won third place in sideline and cheer on the final day.

The junior varsity squad received a blue ribbon for extreme routine evaluations and a gold ribbon of excellence for cheer. On the final day of camp, they won first in extreme routine, second in sideline and first in cheer.

Both squads were awarded the UCA Traditions Award, which is voted on by UCA staff. It is awarded to the team who displays the best work ethic and overall attitude over the duration of camp.

Ashley Stephens, Callie Armstrong and Shelby Malone were recipients of the “Pin It Forward” award. The award is given to cheerleaders that exemplify and encourage the values of cheer — leadership, spirit, kindness, commitment and motivation.

Coaches Sport and Avington Mederios say they are extremely proud of their teams.