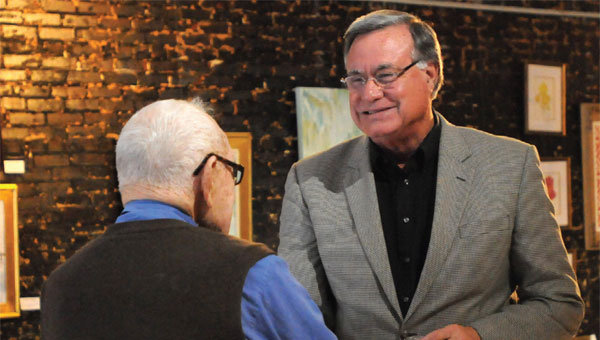 The former lawmaker will share his experiences with the Rotary Club of Luverne at noon on Monday at The Chicken Shack.

Few states have as fascinating a political history as Alabama, especially in the post-World War II era.  Moving onto and off the state’s electoral stage during this time period of remarkable transformation have been some of the most interesting figures in 20th-century American government and politics.

Now, the backstage intrigue of Alabama politics receives a lively treatment in Of Goats and Governors, the high-spirited new memoir by former Alabama Representative Steve Flowers.

Most of the stories in “Of Goats and Governors” are told from Flowers’ own recollections. Others are retellings of stories that were told to him. Some of the stories were told specifically for the book and some by sons of the governors.

Flowers has been an up close observer and participant in Alabama politics for more than 50 years. The former lawmaker will share his experiences with the Rotary Club of Luverne at noon on Monday at The Chicken Shack.

Flowers is Alabama’s most watched and read political columnist and commentator.  His column on Alabama politics appears weekly in 66 Alabama newspapers.

After attending the Rotary Club meeting, Flowers will hold have a book signing at 1:30 p.m. at 61 on Main, which is located at 84 South Forest Ave.