CCA grads give thanks for the journey 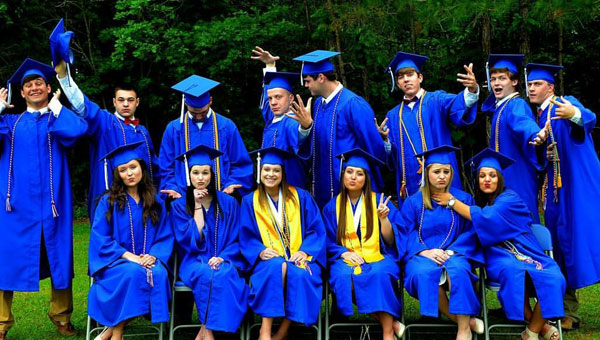 As the Crenshaw Christian Academy Class of 2016 prepared to enter their gymnasium, the air was not filled with sadness, but instead with hope and determination.

Salutatorian Meredith Missildine spoke to her graduating class on the importance of travelling their own paths, and following their callings.

“We began high school as children, but we’re leaving as adults,” she said. 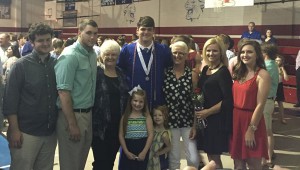 Preston Worley poses with his family after graduation, now a proud CCA class of 2016 graduate. (Photo by Beth Hyatt)

“God has a plan for each and every one of us on this stage, and may He be with us on every leg of this journey.”

In closing, she quoted the popular Bible verse Jeremiah 29:11, “For I know the plans I have for you, declares the Lord, plans for good and not for evil to give you a hope and a future.”

Missildine thanked the teachers of CCA for their hard work and dedication over the years. Without them, she says, this graduating class would not have had the opportunities they have been given, and would not have been challenged the way they were.

It was these challenges, Missildine notes, that brought them to where they were today and prepared them for the next leg of their journeys.

Multiple scholarships were awarded during this ceremony, and the grand total earned for the 2016 class was estimated at approximately $470,000.

Valedictorian Kayla Sipper challenged her class to remember the memories they have all shared, but to go fiercely into the future, knowing that the Lord has a specific plan for each and every one of them. She challenged them to pursue their wildest dreams fearlessly, and to also enjoy this moment because it would not last forever.

“Graduation one of those times in our lives when we are torn between the joy of our memories and the excitement of our futures. We’ve been impatiently waiting for this day for years, and now we just want to hit pause,” Sipper said. 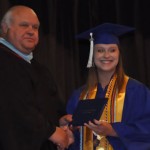 “Graduating is not the end of the road. It is just the stepping stone that prepares us for the life to come. The diploma that we receive tonight represents success and achievement, but we must remember more of the journey that accompanied the achievement than the achievement itself; both the heartache and happiness.”

Luverne grads walk in their destinies