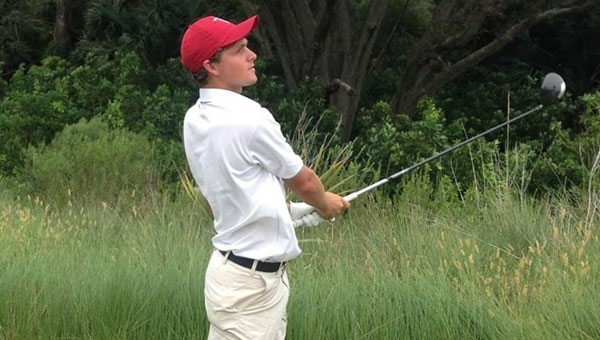 Cam Norman, a Greenville native and a junior at Troy University, made a stellar debut for the Troy men’s golf team with a ninth-place finish at The Invitational at the Ocean Course this past weekend.

The event, held at the Kiawah Island Golf Resort, saw the Trojans finishing the season-opener in seventh place.

Norman started the weekend with a combined 4-under par after the first two rounds by racking up four birdies in his final six holes, and shot up the leaderboard to tie for second place overall.

Norman said that it was his preparation for the season-opening event that gave him the confidence boost to perform at the top of his game.

“I think I was able to go in with confidence because our team had a 108-hole qualifier leading up to the event for coach to choose the six that he would take to this tournament,” Norman said.

“I was able to win our team qualifier, so that helped me have plenty of confidence.”

Though Norman’s place near the top of the leaderboard wouldn’t last—he closed the weekend 4-over par after shooting an 8-over 80 in the last round of play—he said that the experience of competing with, and besting, several capable golfers in the tournament was a win in and of itself.

“I think that just me being able to beat my teammates in the qualifier, who I know are great golfers, was a confidence boost,” Norman said.

“Before the tournament, I think I would have been happy walking away with a top 10 at such a difficult course. But after the first two rounds when I was tied for second, finishing ninth was a little disappointing.

“But those tough rounds under pressure are always great to learn from, so I feel like that round will only benefit me in the future.”

Norman won’t have long to put those lessons learned to the test, as the Trojans will co-host the Sun Belt Preview alongside South Alabama on the Raven Golf Course at the Sandestin Resort.

“We have two tournaments back to back starting September 26, so we are just preparing until then,” Norman said. “This weekend definitely boosted my confidence, and it lets me know that I’m able to compete with these guys that have had success at this level.”

Eagles to focus on self improvement against Wilcox

Fans of Fort Dale Academy will watch Friday night’s upcoming game from the stands and assume that the Eagles’ opponents... read more