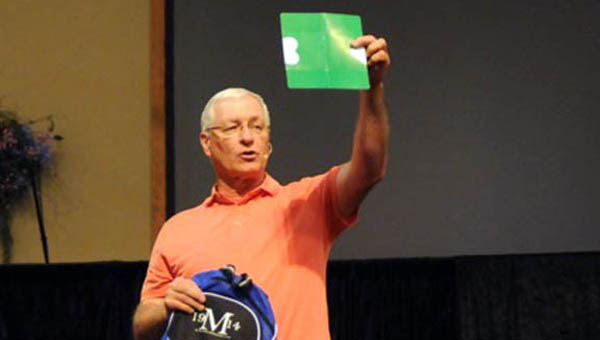 After spending time outside, the children and families were invited to continue the festivities in the main sanctuary. The SBC Zone 4:12 youth band performed a selection of songs for the crowd, and the McKenzie Baptist Church entertained the audience with a black light puppet show as well as sign language performances. At the end of the show, pastor Herbert Brown took the stage to share the gospel with the families.

The crowd was then invited into the fellowship hall to receive the backpacks that had been assembled for the elementary children. Each child was given a form to fill out upon arriving at the event; these forms were presented to the event workers when the time came to hand out the backpacks. Each backpack featured the insignia “M 19:14 Let the little children come to me,” taken from the verse Matthew 19:14. The SBC staff counted the event as a success.

“My heart overflows. God blessed it more than I ever could have dreamed. We’ll learn from this year and grow for next year,” said Abbie Ballew, chairperson of the children’s committee at SBC.

The remaining backpacks will be distributed to the community at a later date; the exact plan has not been decided yet.