McKenzie not rushing hunt for coach 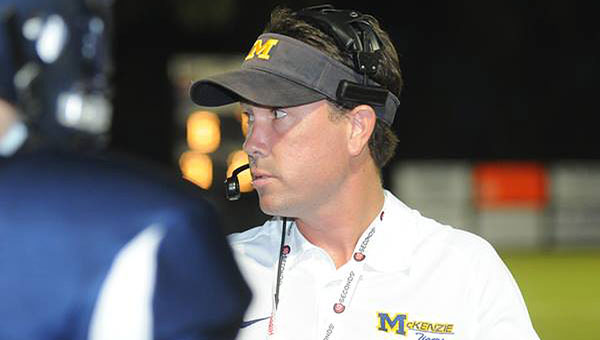 The hunt is on for a new head Tiger following news of former McKenzie head football coach Josh McLendon’s departure to Greenville.

And while the news was met with cheers of congratulations from McKenzie and Greenville residents alike, it still leaves McKenzie School with a vacancy to fill as preparation for football season is set to begin.

But McKenzie principal Mike Gunter said that he’d rather not make a quick decision at the expense of finding the right person for the job.

“We’re not going to sacrifice finding the right person to try to make a hasty decision,” Gunter said.

“We’re going to look at any applicants that we have, and we’ll make a decision from there.  We’re not going to be hasty.”

The vacancy could prove a difficult one to fill.

McLendon led the Tigers to back-to-back playoff appearances, making it to the second round in both 2013 and 2014.

Despite the challenges ahead, Gunter said that he has a reliable staff of coaches remaining at McKenzie to lighten the load in the meantime.

“I think we’re going to be OK,” Gunter added.

“We have our coaches that are already here in place, and we’ll just proceed on with them right now until we make our decision.”

Though McLendon’s presence will be missed within the halls of McKenzie, Gunter said that members of the McKenzie community wish him well on his future endeavors.

“He did a great job while he was here, and he had other opportunities that he wished to explore, and we just wish him the best in that,” Gunter said.

But instead of dwelling on the past, Gunter is more concerned with looking toward the future of McKenzie athletics.

According to him, McKenzie’s choice qualities in a potential future coach are the same ones they’ve always been.

“We just want someone that’s going to be a good person, and has the same values as the people of our community and our school,” Gunter said.

“And we want somebody who we think will be loyal and true to McKenzie.”