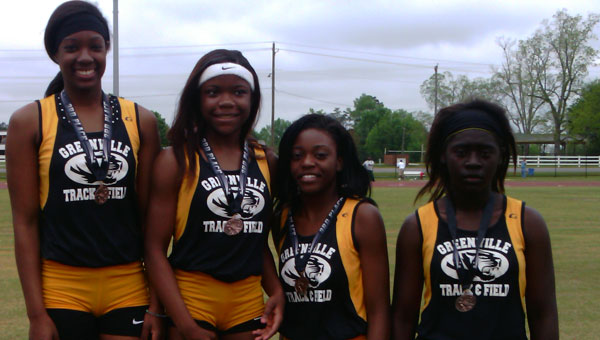 Ward finished the day by anchoring the Lady Tigers 4 x 100-meter relay team to a third place finish and breaking the Greenville High School record with a time of 52.68 seconds.

Greenville High School head track coach Khari Palmer said that he thought Ward had an outstanding performance, especially for an athlete of her age and given the level of competition she faced.

“She’s finished within the top 15 in every track meet, and like I said, I’m really looking forward to these last couple of meets.  I think she’s going to do well, and possibly qualify for the state track meet down in Gulf Shores in three weeks.”

Other school record breakers from Saturday’s competition include:

Next week, the Tigers will travel to Beauregard High School to compete in the 2015 Hornets Invitational.