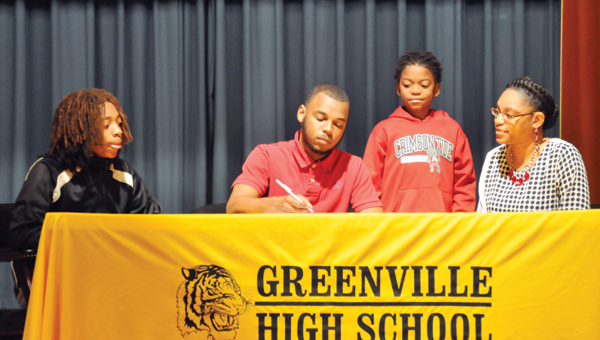 Donovan Lindo wouldn’t trade what took place on Thursday for anything in the world.

The Greenville senior running back signed his letter of intent to play football at Huntingdon College in front of his fellow team and classmates in the school’s auditorium.

Lindo said signing with the Hawks felt better than when the Tigers beat Calera 34-31 in double overtime in the second round of the Class 5A state playoffs in the fall.

“I wouldn’t replace it with anything in the world,” Lindo said.

Lindo said he felt real welcome when he paid a visit to the Montgomery campus.

“I felt real comfortable,” he said.