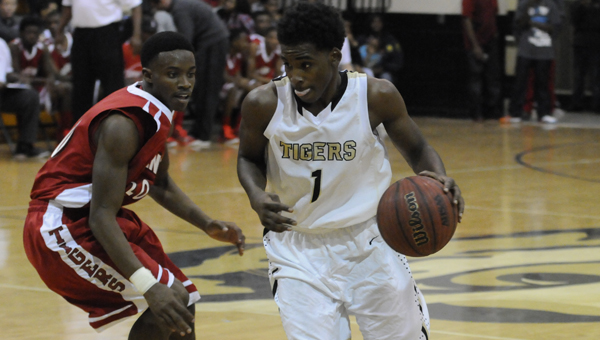 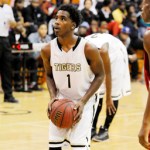 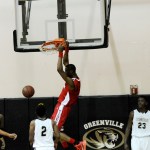 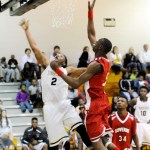 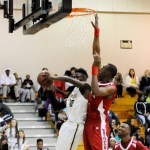 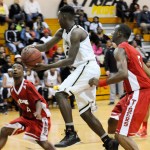 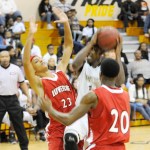 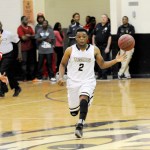 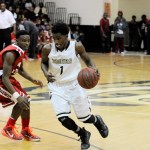 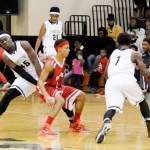 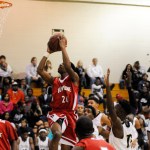 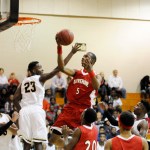 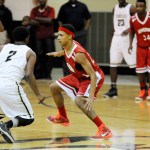 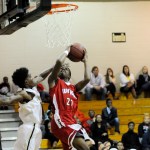 The Tigers of Greenville and Luverne squared off for the second time this season on the hardwood Saturday night.  Though the shootout was much closer, the result was the same when the smoke cleared as Greenville edged out Luverne with a 69-66 win at home.

Both offenses struggled early to find a rhythm as Luverne’s shot-blocker extraordinaire Donta Hall made scoring difficult inside for Greenville.

Similarly, an aggressive Greenville defense created a number of Luverne turnovers, which in turn became fast-break opportunities that led to easy buckets.

Despite some offensive struggles from both teams in the early goings, moments throughout the first half resembled a dunk contest.  An early highlight included an alley-oop thrown to Hall from out of bounds that energized the Luverne offense and visiting crowd.

While the first half closed with both teams tied at 28 apiece, the third quarter belonged solely to Greenville as the Tigers began to pull away thanks to several shots beyond the arc.

Zac Smith opened the quarter with a three-pointer and the lead, though the lead was short-lived thanks to Hall’s attacks at the basket on the other end and ensuing trips to the free-throw line.

The back-and-forth nature continued as the lead changed four times in as many minutes in the third quarter, but Smith sank another three to give Greenville a small cushion.

Javarrius Cheatham proved a threat from behind the line as well with a three of his own as the lead grew to six.

A number of Luverne turnovers proved costly as Greenville mounted a 10-0 run for a 10-point lead.

But the game was far from over, as Luverne turned on the juice with a harassing full-court defense.

The gambit paid off as the team capitalized on created turnovers and cut Greenville’s lead to only one point with 8.9 seconds remaining.

But two clutch free throws allowed Greenville to hold on in the final seconds with a narrow three-point win.