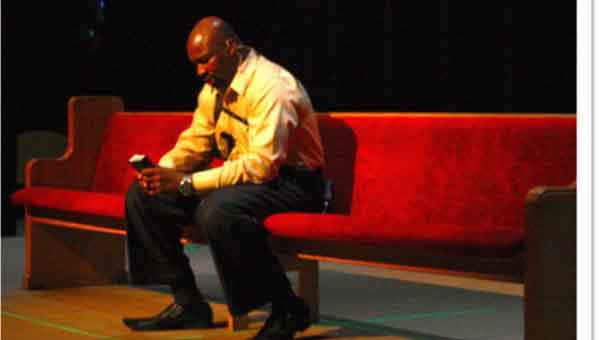 Highland Home resident Callie Willis has wanted her work to be a part of Selma’s annual bridge crossing jubilee for several years. This year, on the 50th anniversary of the Selma march, a Willis production will close the three-day event.

“Don’t Count Me Out” will be at the School of Discovery March 8.

“Once people cross over the bridge, they’ll actually see my show,” Willis said.

She chose her 2010 hit play because its theme fit well with civil rights and all that the weekend in Selma represented.

Danny Lewis Sr., publicity manager of the show, said “Don’t Count Me Out” reminded him of many of Martin Luther King Jr.’s messages.

“Dr. King was told he couldn’t make it. He defied all odds,” Lewis explained. “This young lady (the show’s main character) had a dream that she wanted to excel, and own her own business. She faced racism, animosity with her family, a child in the hospital close to death and she still came through. She held on to her faith. As Dr. King said, ‘faith will get us through, we just have to hold on.’”

Willis said she was pleased to offer another opportunity for people to see the production.

“It’s just an honor for a little Crenshaw County girl to close out an event like that,” she said. “And I hope everyone comes out to support it.”

To help Crenshaw County residents make it to Selma, Lewis said he and Willis will charter a bus. The bus will leave Crenshaw County at 1 p.m. the day of the march and return after the play. Seats on the bus are available for $28, which includes a $10 ticket to the show. For more information or to reserve a spot, call Lewis at 334-669-2100.