Bundle up, it’s cold out there 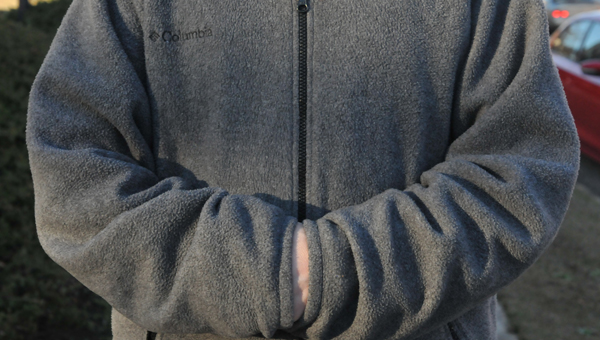 ADVOCATE STAFF / JONATHAN BRYANT
Temperatures are expected to drop into the teens tonight. The high for today is 49 degrees.

Rain sure didn’t go away for residents in Butler County as almost 4.5 inches of the wet stuff fell to earth from Dec. 28-Jan. 3, according to EMA Director Shirley Sandy.

Total rain fall was 4.25 inches over the seven-day period.

All of the rain and wind also brought cooler temperatures to the area, which residents should be feeling already.

Tonight, the low is going to be around 17 degrees. The high today is set for 49 degrees, according to the National Weather Service out of Mobile.

“It’s going to be dry when we also have this freeze this week,” Sandy said on Monday. “It’s a good thing (that it rained over the weekend).”

Sandy said there was no extensive damage that occurred in the county as a result of the high winds over the New Year’s weekend.

During this week’s cold snap, Sandy said to mind the “Ps” — people, plants, pets and pipes.

“Check on the elderly,” Sandy said. “If you don’t have power, we can’t do anything if we don’t know.”

In Crenshaw County, reports indicate that a tornado hopped around outside of Brantley on Sunday morning.

According to Crenshaw County EMA Director Earl Thompson, a tornado entered the area through Covington County and took a northeastern path through the Dozier area, where most of the damage was sustained in unoccupied woods.

The tornado then reached the Mt. Ida community, where it damaged the home and farm of Edwin and Genese Mitchell. The family’s five chicken houses were destroyed.

“There’s really nothing left,” said Thompson of the chicken houses. “There’s just pieces of metal lying around like shrapnel from a grenade.”