McKenzie preparing for Kinston ‘one practice at a time’ 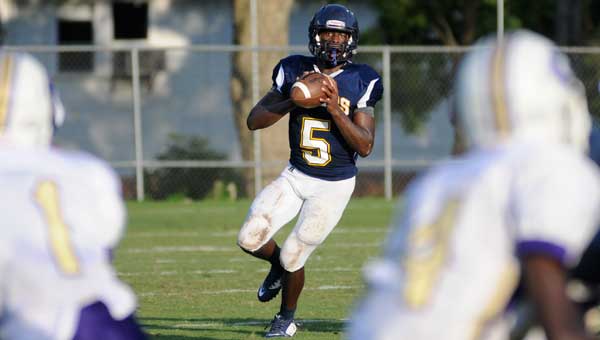 The McKenzie Tigers are no strangers to adversity.

Aside from dressing out a relatively small stable of athletes and all of the challenges associated with it, the Tigers travel once again to face another tough test on the road Friday in the form of the Kinston Bulldogs, with whom McKenzie fought tooth and nail just last year to walk away with a narrow five-point win.

McKenzie head football coach Josh McLendon said that he doesn’t expect this year to be much different.

“They’re good at what they do—they’re big up front on both sides of the ball, and so they’re going to be a tough test,” McLendon said.

“They try and wear you down with physical play.  They’re going to come right at us all night.  We have to come to work every single day to make sure we’re ready.”

But there haven’t been many close calls for the Tigers this year, winning both of their first two region games in convincing fashion.

Having outscored opponents this season 90-25, McLendon said that there were no real secrets to success for his team’s offense, other than execution and good old-fashioned hard work.

But the other key to success is his team’s ability to turn early mistakes and miscues into late-game success.

“We always talk all the time about the fact that there’s going to be adversity in each game, and how you overcome that adversity; whether that’s on offense, defense or special teams, there’s always going to be something where you have to fight a little harder to overcome something that might not go your way,” McLendon added.

“We just work in practice trying to work hard and just focus on one play at a time.  We feel like if all 11 men are doing their job and working together in the same way and at the same time, we’re going to be in good shape.”

McLendon applies the same philosophy to the remainder of the season, being careful not to look too far down the road at the challenges ahead.

“We’re not going to look ahead—we’re going to focus and do it one week at a time, one game at a time and, really, one practice at a time,” McLendon said.

“I just firmly believe that you don’t get ahead of yourself in anything you do.  You focus on today because today is all that’s promised to you.  What lies in next week—who knows? So we try to just go one day at a time, focus on one practice at a time and get better that day.”

The Tigers seek to clinch their second region win Friday in Kinston.